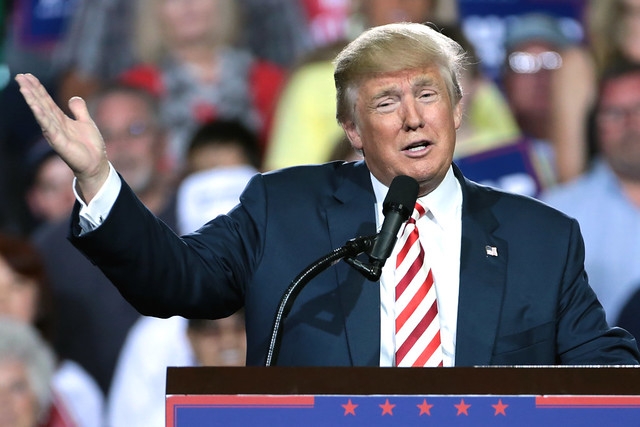 There may be more than one year away from the 2020 Presidential election in the United States, but expect the exchange of fiery words to begin now. President Donald Trump, in fact, has just called former Vice President Joe Biden mentally weak on Tuesday.

By now, it is no longer surprising to hear these kinds of exchange of words between Trump and Biden. But it made it somewhat exceptional this week was the fact that they both held rallies in Iowa scheduled on the very same day, though physically located far away from one another.

Speaking to reporters at the White House lawn before flying to Iowa, Trump said, “I’d rather run against Biden than anybody. I think he’s the weakest mentally, and I like running against people that are weak mentally.”

Aside from Trump, his campaign team also has some snides thrown at Biden’s way. For one, Trump’s 2020 campaign communication’s director Tim Murtaugh told CNN, “We didn't know Joe Biden was back from his hiatus. Has Alyssa Milano been consulted?"

The actress is known for supporting Biden and for her vocal stance on feminism and abortion rights, this could be what sparked the comment from Trump’s 2020 campaign spokesperson. It can be recalled that Biden’s campaign briefly hit a snafu after people recalled his support of the Hyde Amendment that basically made it possible for some states to reverse the Roe v. Wade decision.

While Trump directs his tirades on Biden to the reporters and, sometimes, on Twitter, Biden takes his responses to his rallies. For example, in Iowa, the White House challenger knows what will appeal to his audience. Iowa houses one of the most affected sectors of his trade war with China — the farmers.

"Trump doesn’t get the basics. He thinks his tariffs are being paid by China,” as indicated in an earlier released copy of Biden’s remarks in Iowa. “Any beginning econ student at Iowa or Iowa State could tell you that the American people are paying his tariffs. The cashiers at Target see what’s going on; they know more about economics than Trump."