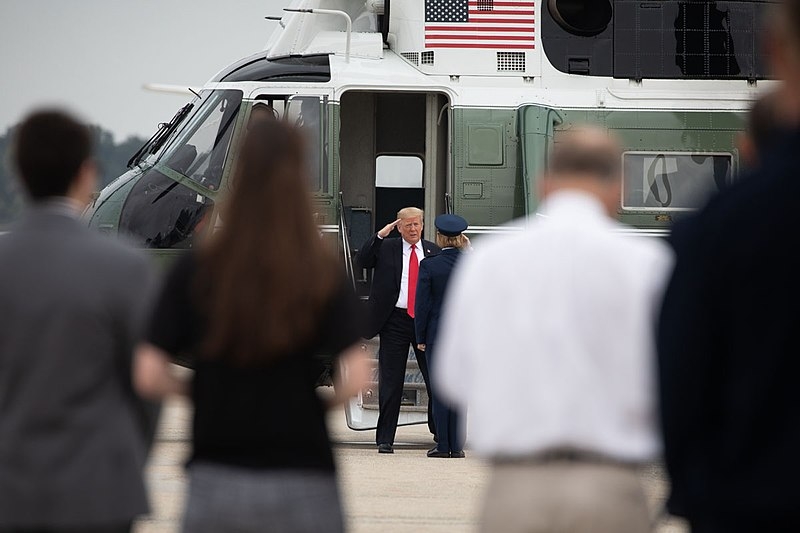 Former President Donald Trump has been lashing out since his election loss to Joe Biden in the 2020 elections. A new report reveals that in Trump’s final weeks of the presidency, he attempted to order his loyalists to withdraw troops from Afghanistan, Germany, Syria, and Africa.

A new report by Axios revealed that weeks after Trump lost to Biden in the elections, he decided to order his loyalists to push through with a massive withdrawal of troops from the four regions. This comes in the midst of the now-former president’s refusal to accept his reelection defeat. However, this order was opposed by Trump’s senior military officials, his national security team, and acting Pentagon chief Christopher Miller, who saw the move as a possible blindside to allies, setting up a major crisis for the incoming Biden administration.

Miller and the other officials ultimately persuaded Trump to stick to a plan that would bring the number of troops down to 2500. According to the report, Miller had three goals in mind in the last weeks of the Trump administration. “Number one, no major war; Number two, no military coup; Number three, no troops fighting citizens on the streets,” said the report.

The third goal would ultimately change, according to Miller, in comments made to Vanity Fair. Miller was referring to the deployment of National Guard troops in DC on January 6, where a pro-Trump mob broke into the Capitol in an effort to interfere in the formal certification of Biden’s win by Congress. Some of the rioters were revealed to also be targeting Democratic leadership and then-vice president Mike Pence during the riots as well.

Shortly after Trump’s defeat was clear, the former president and his allies have filed lawsuits in swing states that went to Biden during the elections. 65 of the 66 lawsuits were dismissed by the judges, including judges Trump had appointed himself. Trump recently came under fire by an Arizona GOP election official regarding his latest statement claiming that the election database in the state was erased.

Maricopa County Recorder Stephen Richer called out Trump on social media. “Wow. This is unhinged. I’m literally looking at our voter registration database on my other screen. Right now. We can’t indulge these insane lies any longer. As a party. As a state. As a country. This is as readily falsifiable as 2 + 2 = 5. If we don’t call this out…” tweeted Richer.