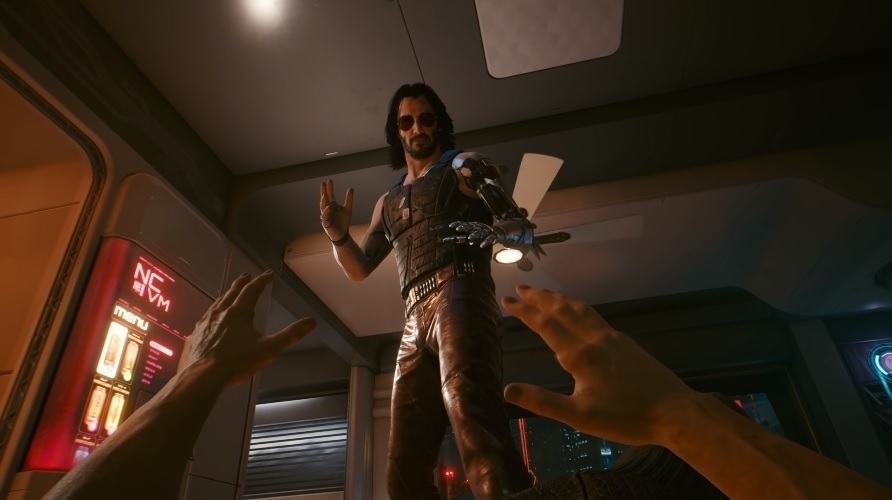 “Cyberpunk 2077” has been getting an influx of negative reviews on Steam in the past couple of days after CD Projekt announced it is stopping all sales in Russia and Belarus. The Warsaw-based video game publisher is one of the latest tech companies to pull out its services in the said countries as the conflict between Russia and Ukraine enters its second week.

Reddit user u/moderate_squirrel pointed out that hundreds of Steam users have been leaving negative reviews for “Cyberpunk 2077” since Thursday after CD Projekt announced it will stop selling its games in Russia and Belarus indefinitely. In an announcement posted on Twitter, the company mentioned that “all sales” will be affected by this decision, suggesting that it will suspend the shipments of “Cyberpunk 2077” and its other games both in physical and digital forms to both countries.

Several Steam reviews called out CD Projekt for its decision, saying the company should leave politics out of video games. Some also pointed out that this move affects Russian gamers, who might be against Russia’s invasion of Ukraine as well. But CD Projekt has addressed these concerns in its statement on Thursday.

“While we are not a political entity capable of directly influencing state matters, and don’t aspire to be one, we do believe that commercial entities, when united, have the power to inspire global change in the hearts and minds of ordinary people,” CD Projekt said.

The company also recognized that gamers in Russia and Belarus “have nothing to do with the invasion of Ukraine.” But CD Projekt said it hopes that this move would “further galvanize the global community to speak” against the ongoing conflict.

As of this writing, the overall Steam reviews for “Cyberpunk 2077” are unaffected by the recent wave of negative feedback. The game’s user review is still marked as “Mostly Positive” for having 76 percent positive feedback out of 439,439 reviews.

Last week, the “Cyberpunk 2077” publisher announced it is donating 1 million PLN (~$227,000) to the Polska Akcja Humanitarna (Polish Humanitarian Action) in line with the Russia-Ukraine conflict. Polish deputy minister Maciej Wąsik reported earlier this week that about 350,000 refugees from Ukraine have entered the country since Russian troops advanced into Ukrainian territory last Feb. 24.