Could Boris Johnson really force through a no-deal Brexit in the middle of an election? A constitutional lawyer weighs in 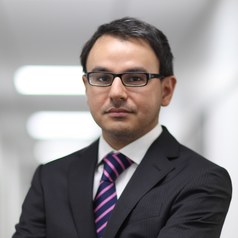 The temperature has been rising over Brexit. Dominic Cummings, the UK prime minister’s special adviser, has indicated that even if the government loses an autumn confidence vote and must ultimately call a general election, the PM may simply decide that polling day takes place after October 31. Since polling day is normally held on a Thursday, possible dates would include November 7 or 14. That would mean that Brexit would be delivered during a general election campaign, when parliament is not sitting. It could, of course, also mean that the UK would leave the EU without a deal while parliament isn’t sitting – even though MPs have repeatedly expressed their opposition to such a scenario.

As a matter of law, delaying polling day is permissible. The Fixed-term Parliaments Act 2011 simply states that polling day is set by the Queen on “the recommendation of the prime minister”. The exact timing is left open. The absence of any restriction is a striking statutory oversight. Perhaps the drafters never contemplated that a government on the losing side of a confidence vote would drag its heels over calling an election. Such political masochism would surely be penalised once polling day finally arrived. In fact, Brexit is reversing the incentive structure. Heel-dragging is suddenly advantageous for a government looking to avoid further wrangling with MPs.

The convention in question – variously called the caretaker convention or purdah – imposes restrictions on government activity if it has lost a confidence vote or in the run-up to polling day. As the cabinet manual explains:

Governments are expected by convention to observe discretion in initiating any new action of a continuing or long-term character in the period immediately preceding an election … and following the loss of a vote of confidence.

Among other things the government should defer the appointment of senior public officials, and the “taking or announcing of major policy decisions” (paragraph 2.29).

Some have argued that the government would breach this convention – and thereby act unconstitutionally – if it allowed Brexit to take place on October 31 during an election campaign. They argue that it should instead request an Article 50 extension from the EU in these circumstances. Others disagree.

Labour leader Jeremy Corbyn is raising concerns about whether a delay would conform to constitutional convention. He has written to Mark Sedwill, cabinet secretary and head of the civil service, asking for his position on whether “the government should seek a time-limited extension to Article 50” if the country is in the midst of an election campaign.

But that is not the only question. Corbyn should also be asking whether the government would, in the first instance, breach the caretaker convention simply by recommending to the Queen that polling day take place after 31 October. In other words, would the very recommendation to the Queen be itself unconstitutional, given that the government knows that an important decision needs to be made about Brexit within the period it would be proposing for the election?

Parliament returns from summer recess on September 3, and if the opposition moves quickly to hold a confidence vote on that day, polling day could potentially be held on October 24. The major policy decision – whether or not to extend Article 50 – could then be taken by the new government, rather than being left adrift during an election campaign.

On the caretaker convention the cabinet manual also states:

If decisions cannot wait they may be handled by temporary arrangements or following relevant consultation with the Opposition.

But in this case, there is time. A recommendation to the Queen to delay polling day would be a deliberate act to take that time away.

Even if debate persists about what the caretaker convention requires in these circumstances, it would still be very easy to err on the side of caution. To be safe, the government could simply recommend an earlier polling day to the Queen.

On this front it is worth noting how seriously the previous government took the caretaker convention. In 2017 the government was challenged in court about its refusal to publish a new plan on air quality. The government’s position was that the timing was inappropriate, since the plan would need to be published in the run-up to the 2017 local and general elections. This was also emphasised in the House of Commons by Andrea Leadsom, who was then the environment secretary and now serves in Boris Johnson’s cabinet as business secretary. She explained at the time that “following long-standing precedent, we have entered the period of sensitivity that precedes elections”, and that the government was “seeking … to preserve our democracy, in accordance with the Cabinet Office propriety and ethics team”.

It might therefore come as a surprise to see the present government indicate potentially taking a different approach a few weeks into its tenure.