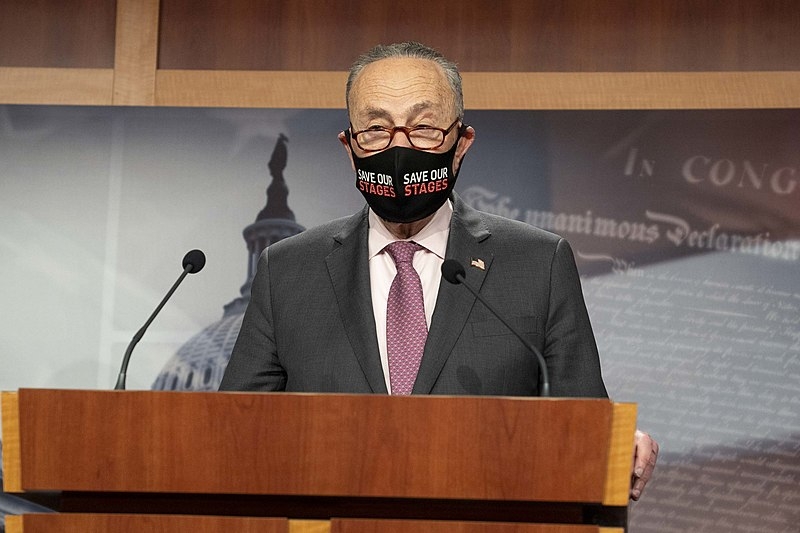 The $1.9 trillion American Rescue Plan was passed by both the House and the Senate without votes from the Republicans. Senate Majority Leader Chuck Schumer announced that the Democrats in the upper chambers have another chance at passing a bill without the need for Republican support.

Schumer announced that the Senate Democrats will be able to bypass the Senate filibuster again this year. The New York lawmaker had asked the Senate Parliamentarian to rule if it was possible to “amend” a budget through the reconciliation legislation. The Parliamentarian ruled that it was possible, thus giving Democrats a chance to pass Joe Biden’s upcoming American Jobs Plan without the need for Republican support.

“The Parliamentarian has advised that a revised budget resolution may contain budget reconciliation instructions. This confirms the Leader’s interpretation of the Budget Act and allows Democrats additional tools to improve the lives of Americans if Republican obstruction continues,” said a statement from Schumer’s office.

When pressed what role Biden would play in the Senate’s push to legalize cannabis, Schumer revealed that Biden was open to studying the issue at hand and that he was keen on further discussing the policy with him. However, regardless of what Biden’s ultimate stance on cannabis may be, Schumer said that the Senate will still act on the legalization of cannabis.

“I want to make my arguments to him, as many other advocates will. But at some point, we’re going to have to move forward. Period” said the Senate Majority Leader, who is currently putting together a new federal marijuana reform legislation with fellow Democratic Senators Cory Booker and Ron Wyden.