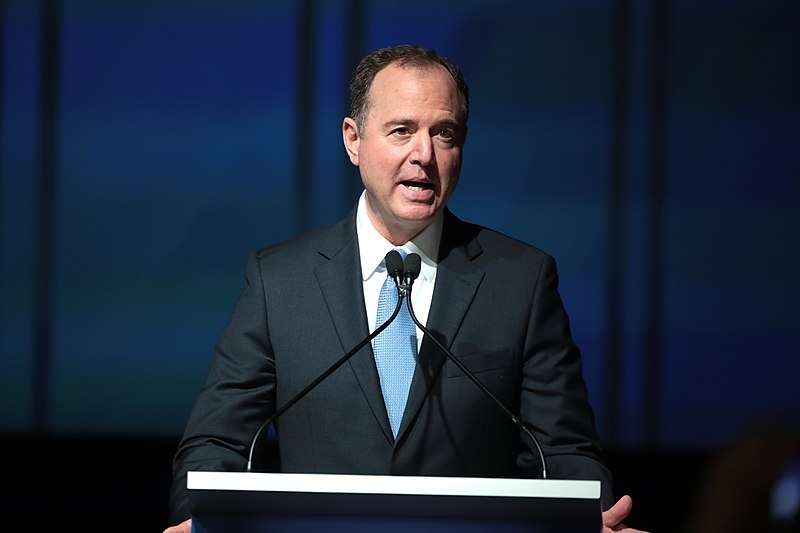 Members of Congress fled for their lives during the January 6 insurrection by a mob of supporters of twice-impeached former President Donald Trump who believed in the false election claims. California Democratic Rep. Adam Schiff recalled lawmakers from both parties getting into heated verbal exchanges as the siege was underway.

Schiff wrote about his experience when the siege was underway at the Capitol, as the mob attempted to stop Congress from certifying Joe Biden’s election victory against Trump. The mob was also targeting several members of Congress, including House Speaker Nancy Pelosi and then-vice president Mike Pence. In his piece, Schiff recalled how his colleagues started putting on plastic masks while fellow Democratic Rep. Ruben Gallego had to tell them to breathe slowly due to the fan not circulating air enough to prevent those who were hyperventilating from fainting.

Schiff recalled Democratic Rep. Dean Phillips yell, “This is because of you!” at GOP Rep. Paul Gosar, who was speaking when the chamber was stopped, signaling the breaking in. Tennessee Democratic Rep. Steve Cohen, according to Schiff, later yelled to the Republicans to tell Trump to “call of his revolutionary guard.”

“Phillips wasn’t wrong,” Schiff wrote, noting that the insurrection at the Capitol was caused by Trump’s “big lie” that the 2020 presidential election was stolen. Schiff also noted that even after all the efforts made to contest the election results, Republicans are still unable to find substantial evidence to back up the claims.

“Because of the pandemic, Phillips, Cohen, and other members had been required to wait in the gallery before their chance to speak, and they were the most exposed,” Schiff wrote. “Down on the House floor, we could barricade ourselves in, but upstairs there are multiple doors to the gallery and little to prevent the rioters from entering.”

The bipartisan House Committee investigating the Capitol insurrection has since issued subpoenas to several Trump associates, including members of his inner circle. While the panel has already expected them to defy the subpoenas, they have also warned that defying the subpoena would lead to a criminal referral to the DOJ. According to impeachment lawyer Norm Eisen, it would only be a matter of time before criminal referrals are made.

Eisen explained that because they no longer have the protections from the White House, including Dan Scavino, who is reportedly hiding from process servers, they will not be able to avoid the subpoenas. They have until October 15 to respond to the requests.