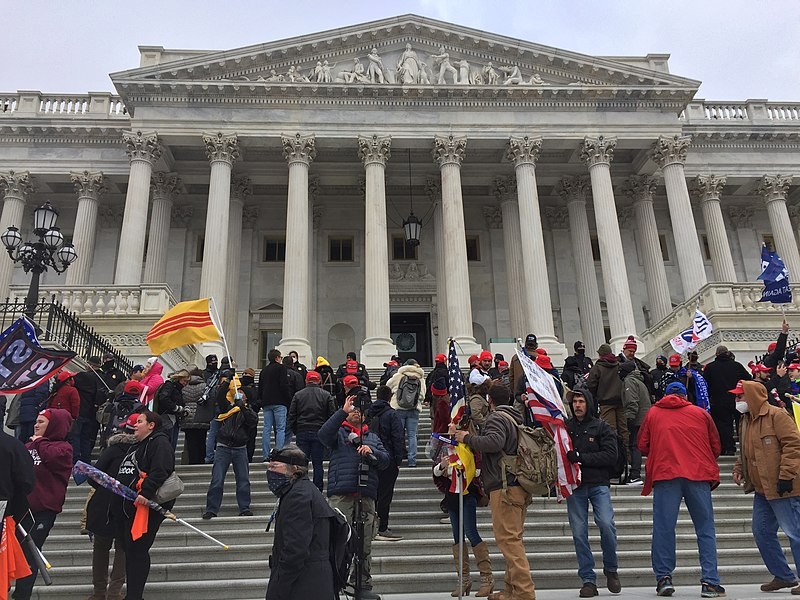 Along with new details surfacing about the January 6 insurrection at the Capitol are details of what has happened behind the scenes in the White House during the presidency of Donald Trump. Former Trump administration official Omarosa Manigault Newman said the bipartisan House panel is right to look into Trump aide Katrina Pierson in their probe.

Speaking with Alex Witt on MSNBC, the former Trump administration official said that the House Committee investigating the riots should “follow the money” and that they are right to zero in on Pierson as she has a lot of information. Pierson is among the aides who have been issued a subpoena by the House Committee. Manigault-Newman was pressed on whether or not she was surprised that Pierson, who was the Trump campaign spokeswoman in 2016, was subpoenaed by the committee, and she said she was not.

“I’m not really surprised because not only was Katrina one of the organizers, but she was behind the money, you know, and every scandal, it’s ‘always follow the money,’” said Manigault-Newman. “And because she was so involved with raising money and organizing the events, I believe the committee is right in subpoenaing her. She’s going to have a lot of information, and she had a lot of insight on what they knew and when, and I truly believe because of Donald Trump’s violent instincts that he knew that things would probably get out of hand.”

Manigault-Newman added that Pierson should be concerned about the subpoena issued to her.

Hundreds of rioters who stormed the Capitol in an effort to derail Congress’s certification of Joe Biden’s election victory have since been arrested and detained following the insurrection. Among those insurrectionists even included those who are looking to run for public of, like Republican Colorado State Rep. Ron Hanks, who was sworn in to the state’s legislature this year. However, as Hanks recently filed for candidacy to challenge Democratic Senator Michael Bennet in the 2022 midterms, The Denver Post reports that Hanks was a known “election denier” that participated in the insurrection in Washington.

Hanks was also, according to the outlet, a believer of the QAnon conspiracy theory movement and even promoted a propaganda movie about the Arizona election audit.