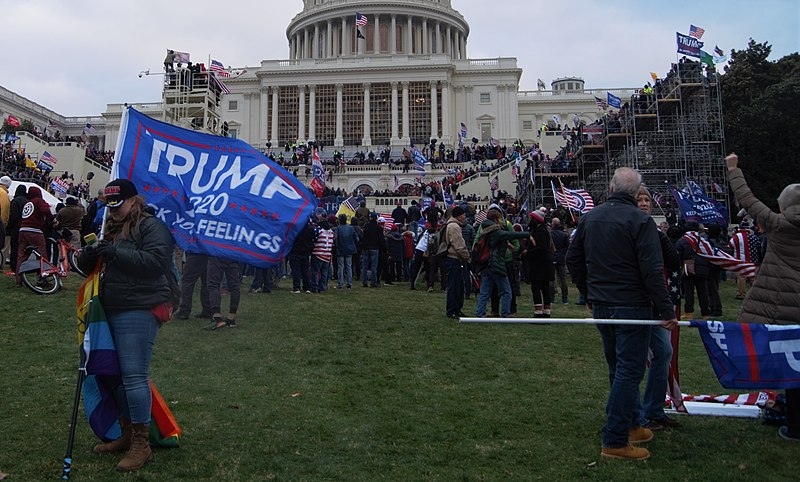 The House Committee investigating the Capitol insurrection last January 6 has already served subpoenas to several associates, including members of Donald Trump’s inner circle. However, reports have revealed that the bipartisan panel has been unable to serve the subpoena to Trump’s White House social media director.

CNN’s Ryan Nobles reported Tuesday that the panel is unable to serve a subpoena to Dan Scavino, who served as the social media director of the Trump White House during his presidency. This comes as the committee has also set a deadline of this week for the first round of subpoena responses. The subpoena would also include an in-person deposition that is set for next week.

“This obviously complicates an already complicated process,” said Nobles. “The committee was already bracing for what they expected to be a lengthy legal challenge in the compliance of these subpoenas. But the fact that they haven’t been able to even serve Scavino creates a real barrier because they can’t even begin that process. So, this is a setback for the committee right now as they can’t even find Scavino right now to serve him with that subpoena.”

Members of the panel, including the committee’s chair Rep. Bennie Thompson, had already warned against trying to defy responding to the subpoenas of the committee despite already anticipating that they would do so. The panel has warned that should they choose not to respond to the subpoena, they would be facing a criminal referral to the Justice Department.

Aside from Scavino, Trump’s chief of staff Mark Meadows, Steve Bannon, and Kash Patel have also been served with subpoenas by the committee.

Now-former vice president Mike Pence was also being targeted by the pro-Trump mob that stormed the Capitol in January when he ultimately refused to overturn the electoral college results. However, according to GOP operative Amanda Carpenter, who previously served as a staff member to Republican senators Ted Cruz and Jim DeMint, did not appear to be convinced by Pence’s recent claims about the insurrection even as his own life was in apparent danger at the time.

Carpenter warned that Pence was up to something, especially as he recently claimed that US President Joe Biden was using the insurrection to distract the country from his supposed “failures.”

“He’s not the lackey you all think he is. He’s not a victim. He’s not a sycophant. It’s worse,” tweeted Carpenter. “Why is he saying the media wants to ‘distract’ from January 6? Because he wants to distract everyone from HIS role in creating 1 / 6.”