Capitol insurrection: House Committee may have subpoenaed a 'senior adviser' to a GOP member of Congress 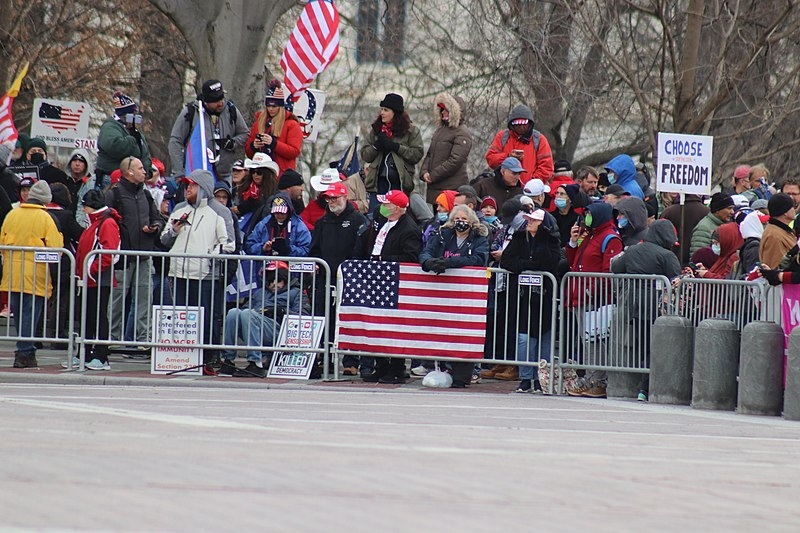 The House Select committee investigating the January 6 insurrection at the Capitol issued 11 more subpoenas to key figures behind the rally that took place hours prior to the siege. One of those who was issued a subpoena has the same name as a staff member for a Republican Congresswoman.

MSNBC anchor Chris Hayes noted Wednesday that among the 11 people who were subpoenaed was Maggie Mulvaney, the niece of former US Ambassador to Northern Ireland Mick Mulvaney. However, Betsy Woodruff Swan of Politico noted that Ms. Mulvaney has the same exact name as a congressional staff member for a House Republican, Rep. Carol Miller of West Virginia.

“Maggie Mulvaney, there’s also a person by that name with a LinkedIn profile that tracks with her career who’s now listed as a Republican congressional staffer,” explained Swan. “It seems safe to surmise that we’re talking about the same person, in the legislative databases it shows a Republican congressional staffer named Maggie Mulvaney, I think it’s all but certain these are the same persons if so it would be notable that Congress has issued a subpoena to somebody who works for Congress.”

Rep. Miller’s official congressional website also lists someone with the name in the position. Ms. Mulvaney has been working for Rep. Miller since January.

Meanwhile, law enforcement officials and prosecutors are still on the lookout for the insurrectionists who have not been arrested yet. Federal prosecutors have cited secret “geofence” warrants in 45 cases related to the Capitol insurrection, according to Raw Story. Six of those cases had suspects who were not previously identified.

Wired said Thursday that as Google receives more than 10,000 geofence warrants for location data in the US per year, those who are investigating the Capitol insurrection are said to be very productive, allowing the FBI to build their own database in the hunt for the insurrectionists who are still walking free.