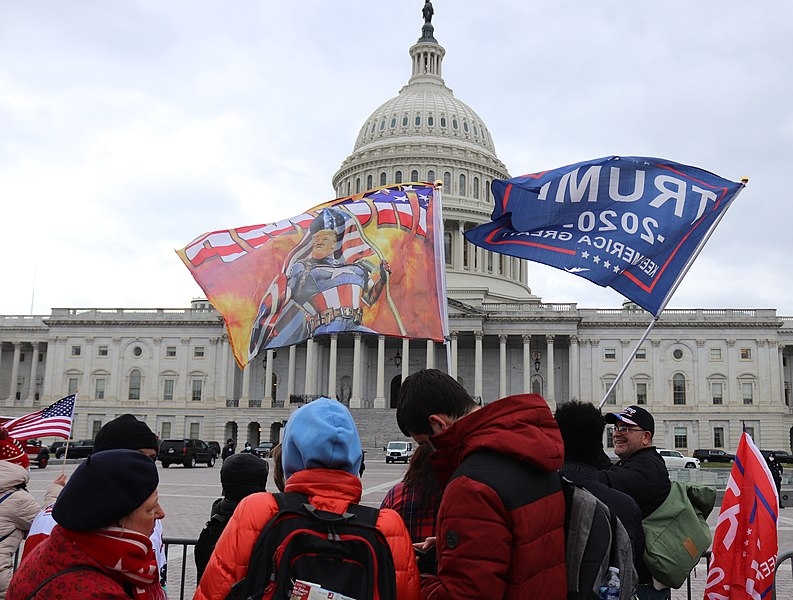 In the months following the January 6 Capitol insurrection, the arrested insurrectionists are being tried in federal courts, some with more serious charges than others. One insurrectionist, in particular, denied the assertion that he was thinking of relieving himself on House Speaker Nancy Pelosi’s desk.

Insurrectionist Derek Jancart, one of the military veterans that were identified to have participated in the January 6 riots at the Capitol, is set to be sentenced on Wednesday for his involvement. The Justice Department is asking for a four-month prison sentence for Jancart, while his attorney, A. Eduardo Balarezo, is requesting a 24-month probation sentence instead of prison time. Writing in a sentencing memo Sunday, Balarezo argued that Jancart did not assault police officers or damage any Capitol property, nor did he contemplate relieving himself on any lawmaker’s desk or call for any lawmaker to be hanged.

Balarezo argued that Jancart simply showed up at the Capitol, took photos, then left when told to leave. This is despite Jancart pleading guilty to his participation in the insurrection that left five people dead and dozens of law enforcement officials injured.

Balarezo was responding to the prosecutor’s memo that said that Jancart’s co-defendant Erik Rau admitted to overhearing other insurrectionists yelling in the House Speaker’s conference room, talking about breaking the glass cabinets while taking the contents. Rau also admitted to overhearing another insurrectionist telling others to defecate on Pelosi’s desk.

“(Jancart and Rau) walked past the shattered glass and penetrated the US Capitol until they arrived at Speaker Pelosi’s conference room where Rau overheard another rioter shouting to ‘s**t on her desk,’” said the DOJ memo. “They were undeterred by rioters shouting ‘s**t on her desk’ and instead continued even further into the US Capitol until they encountered police officers who specifically told them to leave and, based on video footage, physically placed a hand on Erik Rau in order to escort him out of the building.”

Pelosi was among the targets of the pro-Trump mob that broke into the Capitol, with some calling for her to be executed alongside other top Democratic lawmakers and vice president Mike Pence. Recent court documents, as reported by NBC4 correspondent Scott MacFarlane revealed the dark fixation many of the insurrectionists had on Pelosi.

MacFarlane cited the previous documents from insurrectionists who have been tried and were revealed through evidence that they were either calling Pelosi a “traitor,” threatening to shoot the California Democrat, and one asking to have Pelosi brought out of the Capitol to be executed.