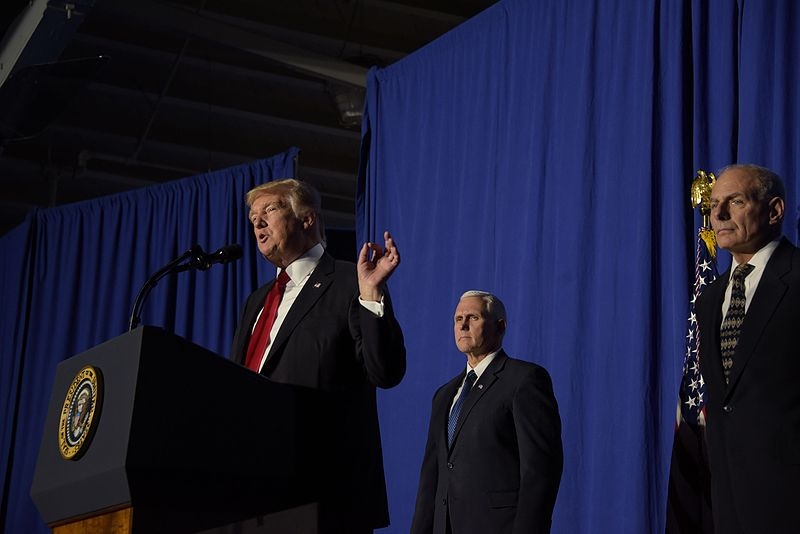 As investigations into the January 6 insurrection at the Capitol continue, more details are coming to light regarding the involvement of the Trump administration. The latest detail that surfaced was the DHS of Donald Trump informed the Pentagon that no incidents were happening while the insurrection took place.

Politico reports that an email was sent by the DHS National Operations Center to the Pentagon, saying that at as of 1:30 p.m. on January 6, there were no major incidents happening. However, four minutes prior to the email that was sent, the Capitol Police ordered an evacuation of the Capitol complex, according to the Pentagon’s timeline. This was due to the insurrectionists that are attempting to break into the Capitol.

37 minutes before the email was sent, the New York Times reported that the insurrectionists had already breached the outer perimeter of the Capitol. The DHS NOC is led by Rear Admiral Christopher Tomney of the Office of Operations Coordination. Tomney was accused by a Democratic congresswoman of putting more focus on Antifa than other violent threats such as domestic terrorists.

Meanwhile, the bipartisan House Committee tasked with investigating the Capitol insurrection has now issued subpoenas to 11 more supporters of the twice-impeached former president for their involvement in overturning Trump’s loss to Joe Biden. Committee chair Rep. Bennie Thompson announced the subpoenas in a statement Wednesday.

Among the groups being investigated in relation to the riots are the Women for America First, which organized the rally that took place hours before the insurrection. The committee is also demanding records that include documents related to the organizing, funding, and participation in the rallies.