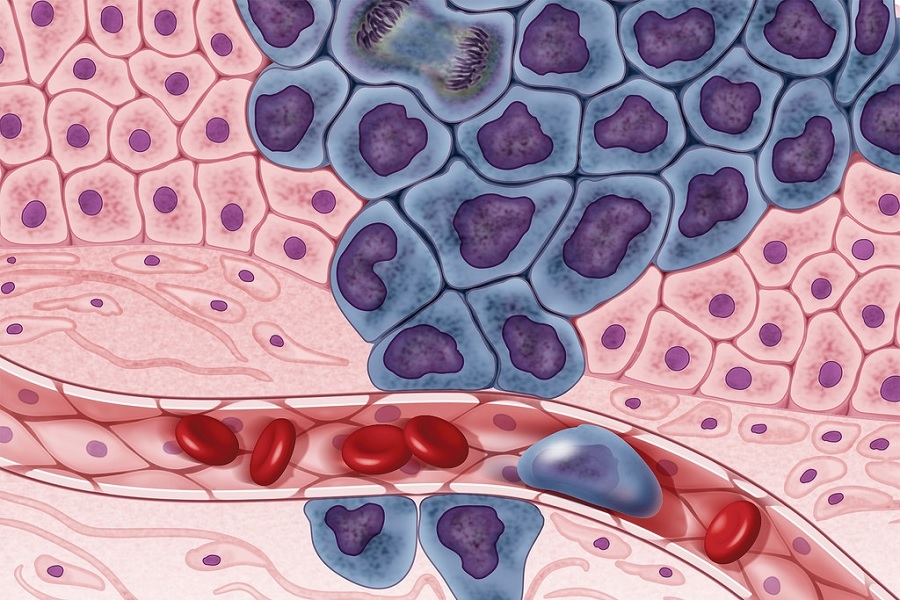 An illustration of growing cancer cells | Photo by National Institutes of Health (Public Domain) via Flickr.com

Despite the advancement of science and technology that the world has seen through the past decades, cancer diagnoses remains a piece of very heavy news to whoever receives it. Humanity has yet to find the ultimate cure for cancer. For now, however, there have been successful researches and clinical trials that spark people’s hope such as the case for a Colorado resident.

CBS Denver recently reported that Cañon City resident Karl Leason marks his second year of remission from acute myeloid leukemia (AML) this month. He joined the clinical trial led by Dr. Daniel Pollyea of the University of Colorado’s School of Medicine and Director of Leukemia Services. Dr. Pollyea was testing a cocktail of medications composed of azacitidine and venetoclax to treat AML stem cells.

When Leason was diagnosed with cancer, he was reportedly told he had six months to one year left in his life. However, all that obviously changed after joining Dr. Pollyea’s program. The UC associate professor explained, “This treatment is getting down to the roots. It’s going down and eradicating the root cause of the disease.” Dr. Pollyea also sounded very hopeful saying, “We do have some cases in which we believe it’s possible these patients have been cured.”

The same report noted that Leason is not the only success story of Dr. Pollyea’s research. The program saw a 91 percent remission rate among adult patients who were recently diagnosed with cancer.

While scientists around the world are still hard at work to develop a complete cure for cancer, various organizations are hoping to help patients get the best treatment approach possible. Another research by scientists from The Institute of Cancer Research, London and The Royal Marsden NHS Foundation also reported promising results from antibody drug that targets deadly tumors from the inside.

The drug is being called tisotumab vedotin or TV. It finds its way into the tumor and kills the cancer cells from within. The research has been published on the Lancet Oncology and claimed that some patients battling late stages of cancer of the ovary, bladder, lungs, and cervix had responded well to the trial.