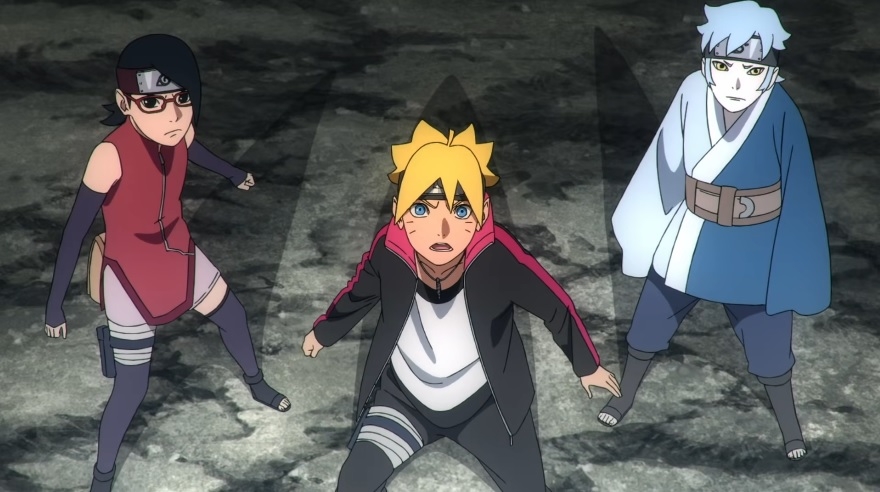 The full reveal of more important members of the Kara organization is likely happening in “Boruto” episode 181 as Jigen calls a meeting. Meanwhile, Mugino and Konohamaru’s investigation in a distant location officially begins.

Previous episodes show Victor has been planning to use Kara’s projects to prolong his life, and part of that scheme is deliberately crashing the aircraft that was transporting the so-called Vessel. Following Victor’s recent questionable actions and involvement in preparing the Vessel’s transfer, Jigen has enough reasons to be suspicious. He will then call for an emergency meeting of the Inner members of their organization in “Boruto” episode 181.

That means more characters originally introduced in the manga series could be fully revealed in the anime adaptation once the “Boruto” episode 181 airs. Anime fans have already seen Jigen, Amado, and Delta but they have yet to see Kashin Koji, Boro, and Code -- all three have immensely powerful skills in combat as shown in the manga.

Meanwhile, the “Boruto” episode 181 teaser translated by Organic Dinosaur also indicates that Kara’s upcoming meeting will have another purpose. Aside from investigating Victor, Jigen is also expected to tell the Inner members they will have to adjust their plans and move past now that they can no longer track the aircraft that contains their precious Vessel.

Mugino and Konohamaru’s important mission focuses on the aircraft that Kara lost. The official preview of “Boruto” episode 181 shows the duo arriving at the scene and Konohamaru finds an empty box large enough to contain a person.

Even fans who have not read the manga may have already gotten a sense that something big is happening to Mugino in the future episodes. The latest installment focused on his backstory, his unknown bond with the Third Hokage, and his immensely selfless personality. Before leaving for his mission, he asked Boruto to take care of his pet turtle while he is away. Unfortunately, the events in the manga suggest Boruto might have to look after the turtle for good.

There is no major reason for the delay of “Boruto” episode 181 other than the series is taking a break for the holiday. It will be released on Jan. 10, 2021.