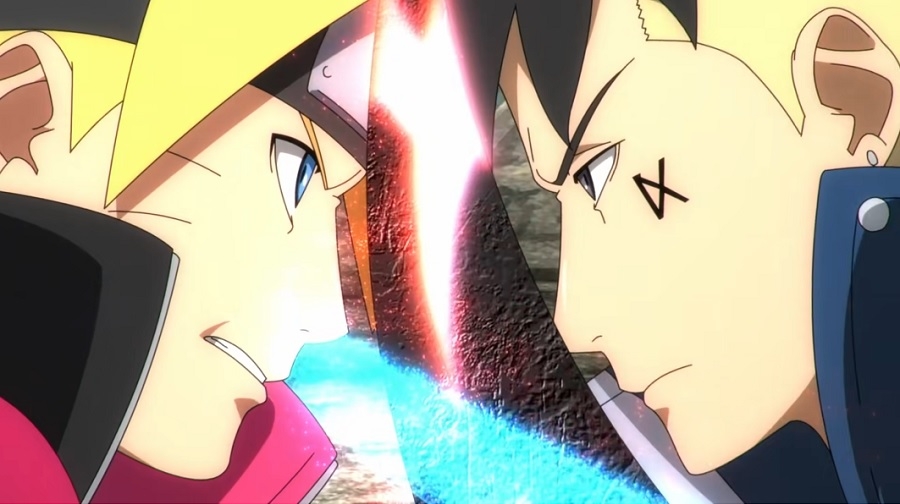 Judging from how things ended in the latest manga installment, Kawaki might be forced to fight Borushiki (Boruto + Momoshiki) by himself in “Boruto” chapter 54. With Naruto and Sasuke unlikely having much to contribute, it begs the question of whether or not Kawaki could survive this potential fight.

Naruto’s newly unlocked Baryon Mode forced Isshiki’s life span to be shortened drastically. And with Kawaki’s quick thinking, they were able to defeat Isshiki while also not allowing him to place karma seal on Kawaki again. But Kawaki, Naruto, and Sasuke did not see one more serious threat coming — Borushiki.

By the end of the latest chapter, Momoshiki was looking well pleased as he implied that he now just has to defeat Kawaki, Naruto, and Sasuke so he can carry on with his plans. With Sasuke’s new injury and Naruto’s chakra almost maxed out, Kawaki will likely be forced to do most of the fighting in “Boruto” chapter 54. To narrow down the possible events in the next installment, fans will have to go through the potential goals Momoshiki has at the moment.

Since Momoshiki was seemingly happy about Isshiki’s death, it means he will be needing another Otsutsuki or someone with his karma mark to harvest the Chakra Fruit. So aside from a potential fight, Momoshiki could prioritize putting karma on Kawaki in “Boruto” chapter 54.

On the question of whether or not Kawaki can match Momoshiki in a fight, most fans would say the latter has a huge advantage and they are most likely correct. However, Kawaki might have more tricks up his sleeves to buy him time in “Boruto” chapter 54 to transport Naruto and Sasuke away from danger. Should Momoshiki decide to fight, this is also going to be the first time Sasuke and Naruto will be able to witness how strong si Borushiki is.

‘Boruto’ chapter 54 release date, where to read for free

Isshiki’s defeat only led to bigger dilemmas for the Kawaki, Naruto, and Sasuke. But fans will have to wait until Wednesday, Jan. 20 to see what happens in “Boruto” chapter 54. The official translation will available on the said date through Manga Plus and Viz Media for free.