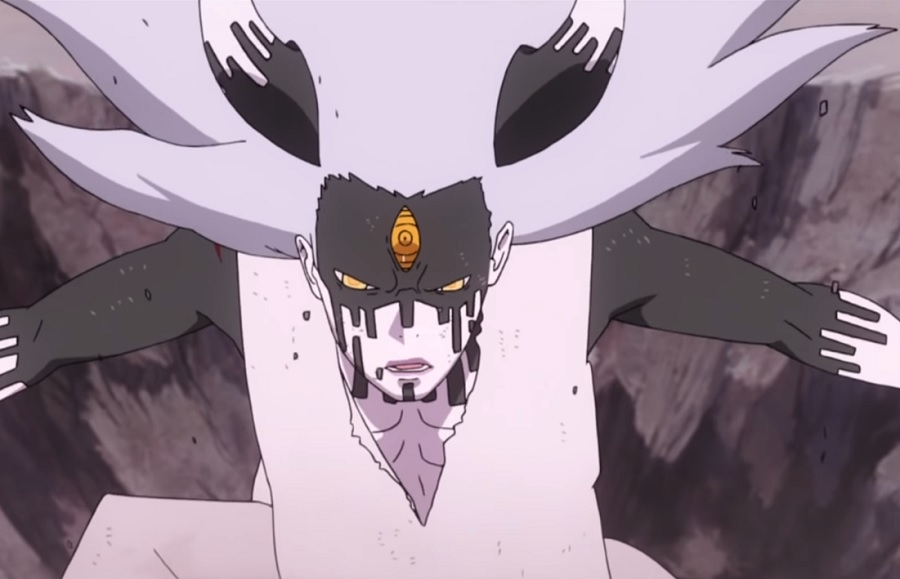 Major spoilers for “Boruto” chapter 46 have leaked online, and fans might be thankful they did because the next set of information Amado will reveal is nothing short of earth-shattering. The cybernetic expert finally explains the nature of karma seals, and it is not looking good for the titular protagonist.

“Boruto” chapter 46 is confirmed to highlight the fight between Jigen and Kashin Koji. However, the panels where Amado continues his revelations are just as important and thrilling.

Thanks to translated spoilers by Organic Dinosaur, fans now know that the chapter coming out this month will finally reveal what can happen to Boruto if they could not defeat the Otsutsuki clan. Amado will explain that karma seals are technically compressed “Otsutsuki back-up files.” When Momoshiki was defeated, he practically turned himself into a duplicate data that he then imprinted onto Boruto’s body.

The bigger problem is this file is getting decompressed over time, Amado will explain in “Boruto” chapter 46. This process is taking place all the time and explains why during the fight with Boro, Momoshiki briefly took over Boruto’s body that helped the new Team 7 win. At a certain point, the karma seal will complete decompression, at which point Momoshiki will completely take over Boruto’s body, and Naruto’s son will be gone.

There is good and bad news after this massive “Boruto” chapter 46 revelation. There is a very easy way to stop Momoshiki’s resurrection -- Boruto needs to die right away. However, OD also reported that Amado will tell Konoha another jutsu that can help neutralize the Otsutsuki, including Isshiki, in Jigen’s body. It will not be revealed until the next chapter, though.

As mentioned, “Boruto” chapter 46 is mostly composed of panels from Jigen and Koji’s fight. Simultaneously, Amado will also reveal how Isshiki found Jigen and why he needed him as a vessel.

Turns out, Isshiki and Kaguya had an unexplained falling out initiated by the latter. This almost killed Isshiki to the point of losing half his body, and that is when he encountered a monk in training -- Jigen -- and captured him to use as a vessel.

The great news is “Boruto” chapter 46’s release date is not postponed, so it will still be released on Wednesday, May 20. Fans worldwide can read the official English versions for free through the websites of Shonen Jump and Manga Plus. These platforms also have free mobile apps where the latest chapters of “Boruto” are still available to read or download.