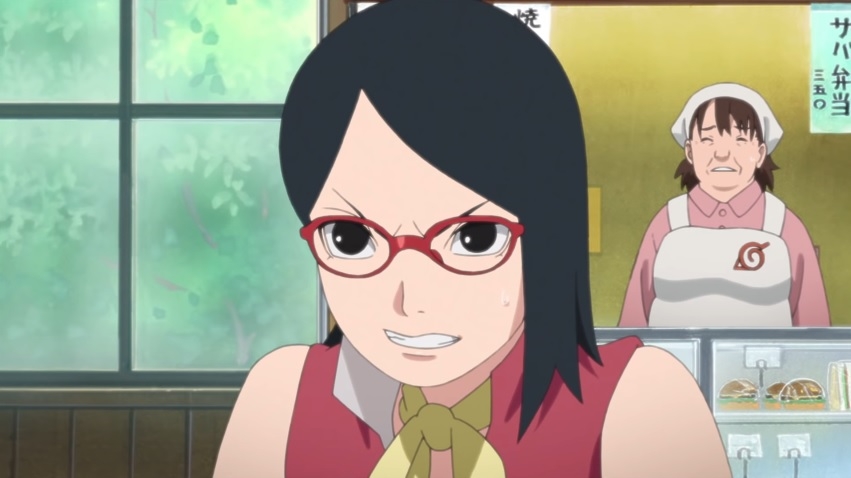 A leaked page reportedly from the official copy of “Boruto” chapter 42 shows Sarada is pushing her limits in the continuing fight against Boro. Meanwhile, an official preview hints at the new Team 7’s imminent success.

The online release of “Boruto” chapter 42 is right around the corner. But since the physical copy comes out earlier, a couple of pages from the manga installment have been spreading online. One of the leaks is enough to hype the fanbase as it shows Sarada going all-out in attacking Boro using a Chidori.

While there are no scanlations of “Boruto” chapter 42 available online, the illustration of Sarada’s attack on Boro looks very similar to a Chidori. The leaked page also contains the kanji 千鳥, which translates to Chidori.

Long-time fans may recall that Chidori is one of the rarely used techniques in the entire franchise. It was created by Kakashi after realizing that he needed something stronger than the Rasengan by combining his lightning-based abilities. It also makes sense for Sarada to be the one to use Chidori in among the new generation of shinobi since Kakashi has only successfully passed its technique to Sasuke, Sarada’s father.

The fight against Boro has been going for the past couple of chapters now, and it is unlikely going to end until the new Team 7 reaches their maximum abilities. Overall, the arc is focusing on Boruto and Kawaki’s karma, but Sarada and Mitsuki’s abilities are highly expected to be highlighted as well. It appears to be finally happening in “Boruto” chapter 42.

“Boruto” chapter 42’s cover page has also been leaked online, revealing that it is going to be titled “Regeneration.” It may appear as a reference to Boro’s skills, but fans remind other readers that Boruto has the same type of abilities, too.

“Boruto” chapter 42 will be released on late Jan. 20, which will essentially be Jan. 21 to other regions depending on their time zone. Fans can access the official translation of the manga online for free through legitimate sources such as Manga Plus.