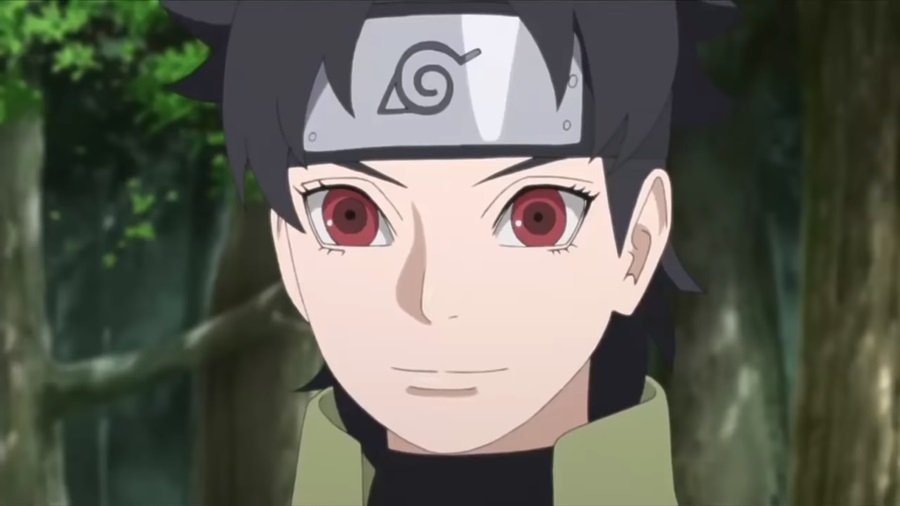 “Boruto” Episode 111 will finally be portraying some satisfying fight scenes as Mirai has now found herself surrounded by members of the Jashin cult. Of course, with the young Sarutobi’s father dying at the hands of Hidan, it isn’t surprising that she bumps into this twisted faction at some point during her character development.

In “Boruto” Episode 111, Ryuuki will be controlling Tatsumi to get at Mirai as has been hinted by the synopsis of the upcoming story. Having her friend possessed by the antagonist’s jutsu, Mirai will have to fight defensively lest she injures Tatsumi in the process.

Her approach will prove successful at some point during the course of “Boruto” Episode 111, but restraining Tatsumi isn’t enough to break Ryuuki’s hold on the young woman. Thus, the budding chunin and the Jashin follower will be crossing blades in the upcoming release, finally highlighting the fighting prowess of the young Sarutobi.

Fortunately for Mirai, Ryuuki’s powers don’t equal that of Hidan as he still hasn’t achieved immortality yet. As such, it’s interesting to see how series writer Ukyo Kodachi has done with Ryuuki and what sort of powers this shinobi harbors. The trailer for “Boruto” Episode 111 already hinted at Ryuuki’s capabilities as he’s been seen wielding the same scythe that Hidan favored. He was also seen licking the blood off his weapon, suggesting that he has the same life-linking ability that Hidan had. (Warning: major spoilers ahead.)

In “Boruto” Episode 111, Mirai will be injured at some point during the altercation. Ryuuki will then use this opportunity to link the blood spilled by Mirai to connect her with the puppet he’s been hiding. The shinobi stabs the doll on the heart, Mirai drops on the floor, and everyone assumes she’s dead.

Of course, Mirai will be doing no such thing as the blood she spilled earlier will be revealed as iron-rich water that was disguised as blood through the use of genjutsu. Having been effectively duped, Ryuuki will watch helplessly as Mirai unleashes her Wind Release: Whirlwind Fist to take out the Jashin acolyte. The Jashinist will then be taken to the Yugakure authorities to face the consequences of their actions. Regarding the release date of “Boruto” Episode 111, it’s been slated to drop on June 16.