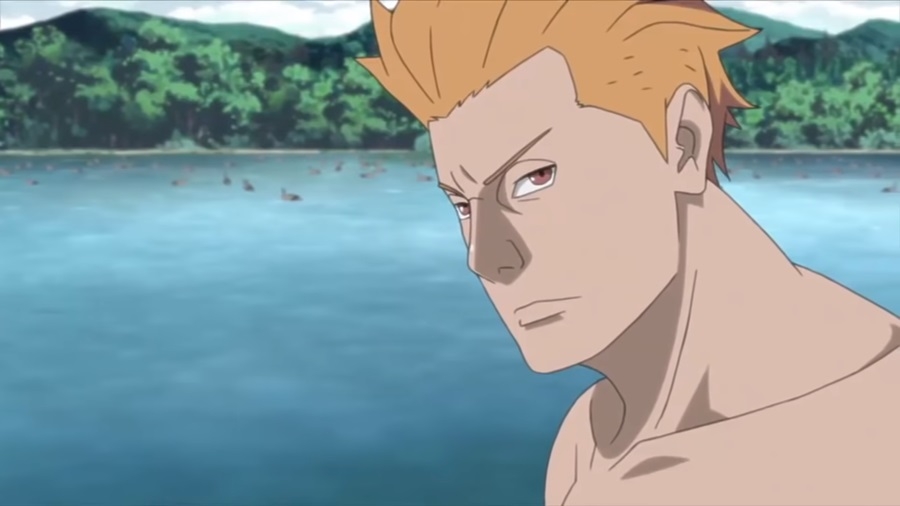 Photo via Screenshot of AnimeLab/Youtube

“Boruto” Episode 101 will be continuing the mini plot arc involving Jugo, Sumire, the researchers from the Land of Rivers, and Team 7. The previous release highlighted how the researchers are responsible for the Cursed Mark infection being suffered by Wasabi and Namida.

What’s more, they also seem highly invested in researching Jugo and his innate abilities that make him a powerful individual. At the moment, Jugo has been incapacitated after getting tranquilized following his attack to a nearby village. “Boruto” Episode 101 – titled “Jugo’s Reinforcements” – is expected to be an action-packed release with Boruto, Sarada, Mitsuki, and Sumire leading the charge.

It’s still unclear whether Konahamaru will make an appearance as he’s still recovering from the injuries he received during his brief skirmish with Jugo. As for Jugo himself, he’ll likely still be indisposed in “Boruto” Episode 101 on account that the researchers can simply tranquilize him should he try to escape his bonds.

But what’s really interesting in the upcoming entry is the arrival of Karin and Suigetsu, Jugo’s former teammates. It’s already been teased that the two will be aiding their friend in “Boruto” Episode 101 and fans can’t wait how this team-up will go down, Comicbook reported. Returning to the mission at hand, the newcomers will probably use Sumire and Team 7 to find the cure that’s been stolen, while they confront the researchers themselves.

But first, Team 7 will need to regroup with Team Hawk so they can inform the young shinobis of the researchers’ duplicitous nature. After that, “Boruto” Episode 101 could have Team Hawk draft a plan on how to rescue Jugo and stop the treacherous researchers from their plans.

Hopefully, the next release will cover a lot of ground on its plotline to speed things up. One of the main complaints that the anime receives, in general, is how slow they’ve been adapting the story so far. As for the release date of “Boruto” Episode 101, it’s been scheduled to drop on April 7.