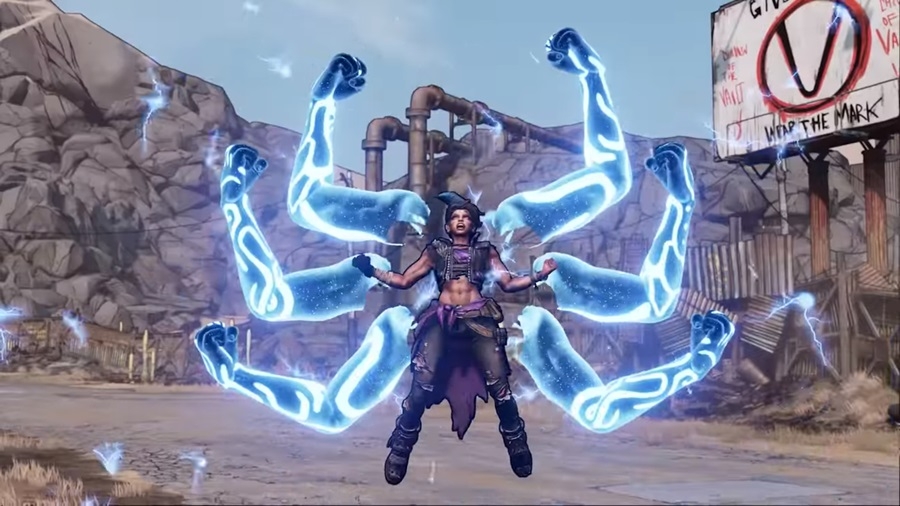 Photo via Screenshot of Borderlands/Youtube

“Borderlands 3” is facing yet another issue as Gearbox has confirmed Chris Hardwick’s inclusion in the game. This is despite the fact that the stand-up comedian has been under scrutiny for allegations of abuse.

As a refresher, actress Chloe Dykstra posted a detailed and lengthy account last year regarding sexual and emotional abuse she suffered at the hands of an ex-lover. While Dykstra didn’t specify who this person is, it was generally thought that the actress has been referring to Chris Hardwick. Following Gearbox’s announcement that Hardwick will be included in “Borderlands 3,” the 30-year-old tweeted this:

“Welp, nevermind about ‘Borderlands 3.’ I’m sure I’m stirring the pot here, but rehiring my ex to play a character and not Troy Baker is a big no thank you,” Dykstra posted.

Following the announcement, a Gearbox spokesperson said that the studio doesn’t want to comment about this development at this time, The Verge reported. Obviously, this sparked more discussion within and outside the gaming community, wondering what spurred Gearbox to decide on a such a controversial maneuver. While the “Borderlands 3” will undoubtedly be a hit when it launches on Sept. 13, it’s constantly being plagued by news like this.

For instance, CEO Randy Pitchford previously announced that “Borderlands 3” will be an Epic Games Store exclusive for six months before it becomes available in other platforms such as Steam. After the announcement, the news has been met with considerable backlash from the community, with some bombing the review of the second entry to show their frustrations.

There’s also the fact that “Borderlands 3” will be bringing Hardwick but refused to include Troy Baker to voice Rhys. Baker maintains that he’s never been contacted to reprise his role for the third installment, which Pitchford denies adding that it was Baker himself who turned down the opportunity. With the game expected to make a huge splash in the looter-shooter genre, it’s a shame that issues such as this are constantly hounding the title, especially since it can be easily avoided.