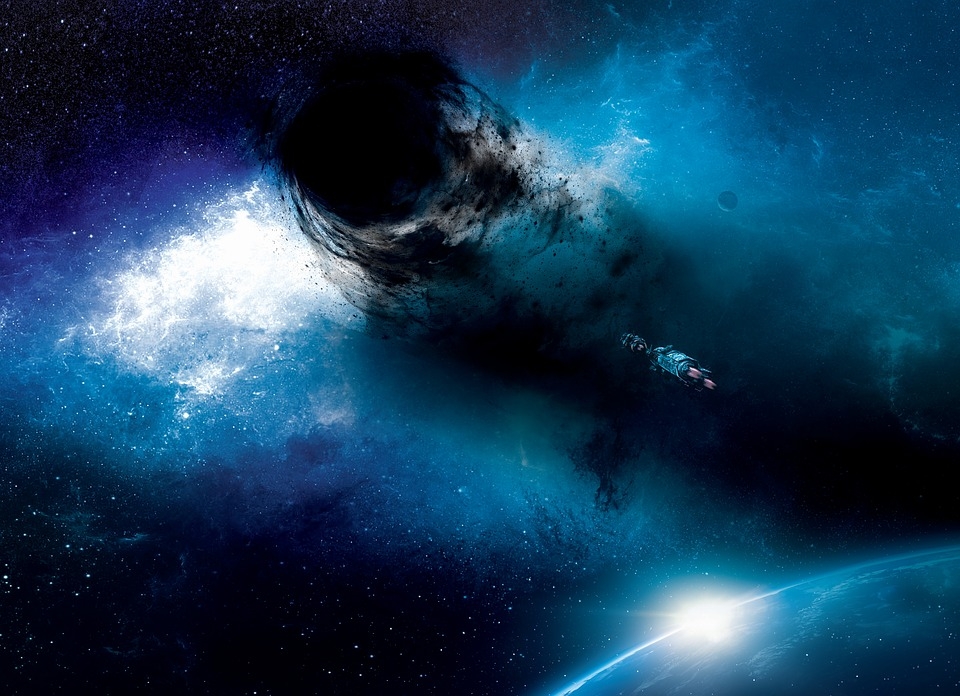 Although black holes generally consume material in space and everything that comes close to it, there are instances when material is also ejected out of the black hole. Recently, NASA was able to capture one particular black hole spewing hot material back into space.

Express reports that footage from the agency’s Chandra X-ray Observatory showed a black hole along with its companion star, formally referred to as MAXI J1820+70, ejecting hot material back into space at the speed of light. This particular black hole is referred to as a stellar-mass black hole, which means it was formed when a very large star was destroyed. This is different from the usual supermassive black holes that are billions of times the mass of the Sun.

The companion star next to this black hole has a mass of half the Sun, while the black hole itself has a mass of eight times than that of the Sun. These celestial objects are found 10,000 light-years from Earth.

The footage of this activity follows previous observations made by the observatory back in 2018 and in 2019. Specifically, the first was in November of 2018, with the succeeding observations coming in February, May, and June the following year.

Previously, astronomers were able to find an exoplanet close to the heart of the Milky Way galaxy that shares the same characteristics as the Earth. This is a rare find as there are only a handful of exoplanets that have the same size and orbit as that of the planet. According to the study’s lead author, Dr. Antonio Herrera Martin of the University of Canterbury, such finding is very rare, most especially because it only took a five-hour distortion to be able to detect this exoplanet.

This exoplanet’s host star is said to have 10 percent the mass of the Sun, while the exoplanet itself has a mass between Earth and Neptune. From its parent star, the exoplanet is predicted to have an orbit between Venus and Earth.

As to how they managed to detect the exoplanet, Dr. Herrera Martin explained that they used a technique referred to as gravitational microlensing. They made use of the telescopes in space observatories from other parts of the world to “measure the light-bending effect.”