Is This NFT Project the Next CyberKongz?

Beyond Meat applies for 'Beyond Milk' trademark 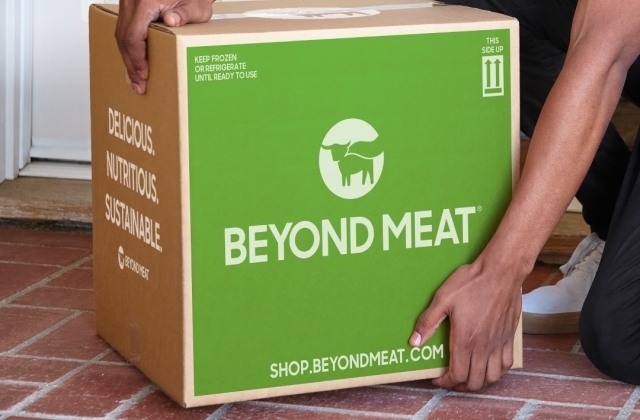 Beyond Meat seems to have plans to get into the beverage or dairy business too. The company is known to produce vegan meat alternatives, and it may be expanding its food offerings such as plant-based milk.

According to Fox Business, Beyond Meat submitted an application to trademark the product called “Beyond Milk,” and this was filed this month. To be more specific, the date of the filing was said to be Aug. 12

Beyond Meat’s move to trademark, the "Beyond Milk" label is apparently an indication that it will soon be expanding to dairy. And of course, the items will be plant-based as well, just like its popular “meatless” meat products.

The company is now being seen as a producer for dairy alternatives, and its products may be introduced to the marketplace very soon. It was reported that in the trademark application, Beyond Meat is applying for products under the goods and services category.

It was added that the company also indicated in the filing that the products would be used in making milkshakes, coffee, tea, or other beverages with milk or milk substitutes. Then again, based on the report, the information as to when Beyond Milk would be released and other details were not clear.

At any rate, the trademark application for Beyond Milk was submitted to the U.S. Patent and Trademark Office, and the filing is available for everyone. In fact, in the USPTO’s public record, it was revealed that Beyond Meat Inc. filed for not just one or two but 108 trademark applications, including names such as Beyond Lamb, Beyond Fish, Beyond Ham, Beyond Eggs, and more.

Meanwhile, it was said that the status of Beyond Meat’s application filings indicated that it has yet to be checked by the USPTO. Currently, it is still waiting to be assigned to an official examiner. Then again, Beyond Meat is likely to get approval for its new offerings since there are not many companies that are making the same products.