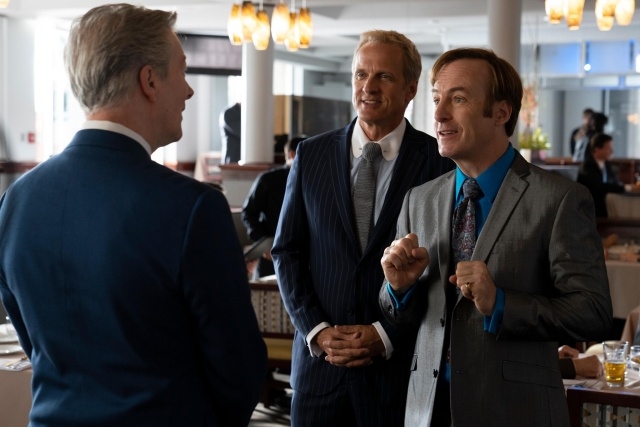 “Better Call Saul season 5 will be here in a few weeks and prior to its premiere, teasers and photo stills have offered glimpses of what can be expected in the upcoming installment. In the first video teaser, Jimmy McGill was featured and he appeared confused as she was being driven by someone who looks like a crook.

In the second clip, it showed how Jimmy McGill and Kim’s relationship will be in “Better Call Saul” season 5 and it can be seen that their close relationship is cracking. Apparently, this is the early days as McGill is transforming to his “Breaking Bad” character of Saul Goodman, a sinister and corrupt lawyer.

“Better Call Saul” season 5 will show the full transformation of McGill to Goodman which is heartbreaking. This is because he will now be leaning on the dark side and leave his upright life. He will no longer be that soft-hearted person that defends the weak but this time, he will be defending the bad ones for money and fame.

As this happens, the crossover between “Breaking Bad and “Better Call Saul” may take place in the fifth season. Saul Goodman is McGill’s original character and it has already reached the timeline where he has to be his original self already. In short, he is turning bad and no one can stop it.

Odenkirk says this is the best season yet

Bob Odenkirk who plays McGill told fans that they should not miss “Better Call Saul” season 5 because this is their best drama installment. The actor said that they will not be disappointed because it is “f***king awesome.”

“It’s the best season we have ve ever done and it’s going to blow your mind,” the 57-year-old star told Deadline. “I’m not kidding about either of those things. It’s f***ing awesome and I can’t wait for people to see it. It’s just shattering in every direction and I love it.”

On the other hand, the showrunner Vince Gilligan said that although this is just a spinoff of “Breaking Bad,” when compared, the ending of “Better Call Saul” season 5 will be much better. “It’s gonna be awesome,” he told Collider. “And The Hollywood Reporter and other wonderful journalistic outlets, are going to be having articles about, 'Which one had the better ending? ‘Breaking Bad’ or ‘Better Call Saul?' And I’ll bet you folks are gonna say ‘Better Call Saul.’”

“Better Call Saul” season 5 will premiere on Feb. 23 on AMC.