‘The Curse of Oak Island’ season 7 episode 11: Team is digging fast and revealed another major find! 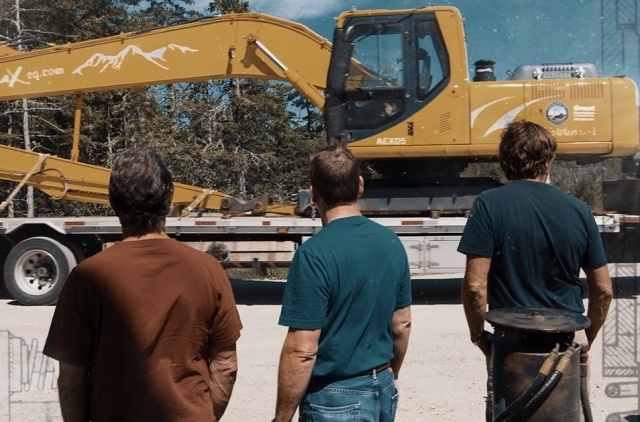 Photo by: Curse of Oak Island

“The Curse of Oak Island” season 7 episode 11 is coming up next, and the viewers will see more diggings around the Smiths Cove where they found interesting structures. They will also be around the swamp as they think that they are really close to the Money Pit now.

Laird Niven, an archaeologist, is helping Rick, Marty Lagina, and their team with the digging. He is directing them after parts of the structure have emerged. Prior to this, Gary Drayton also found a rectangular piece of metal and his initial guess is that it is silver. The metal detector expert said that it could be a “friend of the cross” but upon testing, they discovered that it was just a lead that was probably from the western Mediterranean region.

As posted on History, the plot summary for “The Curse of Oak Island” season 7 episode 11 titled “The Eye of the Storm” reads: “With a dangerous hurricane approaching, the team scrambles to find evidence of what might be buried beneath the swamp before the storm can wipe out their efforts.”

Apparently, the team had to temporarily pull back and stop their works on the island as a hurricane is coming. “The Curse of Oak Island” season 7 episode 11 will show everyone working fast to find more before the storm hit.

This is because the swamp could be destroyed and get severely flooded once the hurricane batter the place. Their weeks of work will simply be wiped away and covered again once the hurricane comes so everyone is scrambling to find whatever they can before the disaster hits.

“The Curse of Oak Island” season 7 episode 11 will probably be one of the best episodes yet as it was revealed that they have found the Searcher Shaft. They are hoping to find evidence of a horizontal tunnel that was built in 1805 for the purpose of connecting shaft 2 to the original Money Pit. In the borehole known as F14, they drilled at 89 feet down as was happy with what they found there.

In the preview, they used a 30-ton sonic drilling rig to extract core samples at intervals of 10 feet. The soils collected in plastic sleeves were brought up and examined to confirm that the tunnel was man-made.

They drilled and got convinced that they hit the floor or ceiling of the tunnel found at 100 feet. Its the searcher shaft that could lead them to the Money Pit