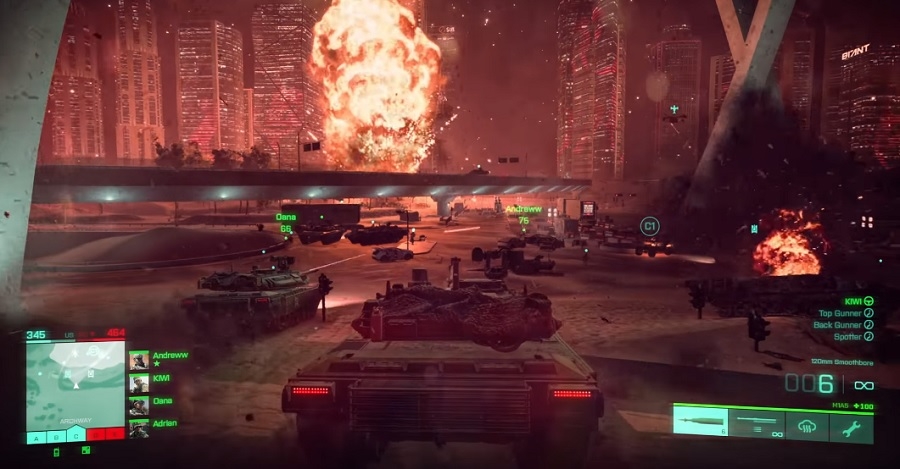 The rumors have been confirmed and EA has announced that “Battlefield 2042” will be delayed. Shortly after the announcement, the supposed dates for the open beta have been leaked, suggesting they will happen in early October.

While fans are discussing the recently announced “Battlefield 2042” delay, reliable leaker Tom Henderson has reported that the game’s open beta is currently slated for early October. It can be recalled that he previously tipped the pre-release tests to begin later this month. But considering the release date delay, this adjustment is hardly surprising.

Henderson said on Twitter early Thursday that the “Battlefield 2042” early access will kick off on Wednesday, Oct. 6, and will be followed by the open beta on Friday, Oct. 8. The leaker said this information should be confirmed by EA “in the next couple of days.” He added, “The dates found are in an internal system that I cannot share.”

It is still unknown how long the open beta will last. But considering that the leaked dates are barely a month away from the new “Battlefield 2042” release dates, the beta test is unlikely to drag on for more than a few days. If fans want to try the game for an extra couple of days, they can pre-order the game to get a slot in the early access period.

DICE, the studio leading the “Battlefield 2042” development, has announced the release date delay on Wednesday through the game’s official Twitter page. The developer said the ongoing pandemic has caused “unforeseen challenges” that led to the decision of vacating the game’s original Oct. 22 launch date.

In the official statement, DICE indicated that developers have continued to work remotely, and it appeared to be one of the main reasons “Battlefield 2042” is launching at a later time. “With the ongoing conditions not allowing that to happen safely,” DICE wrote. “And with all the hard work the teams are doing from home, we feel it is important to take the extra time to deliver on the vision of ‘Battlefield 2042’ for our players.”

An update from the Battlefield team pic.twitter.com/K53VNM2tTz

The announcement of the release date delay was not entirely shocking, though. Just hours before DICE’s statement was published, Henderson reported that EA was having internal discussions about adjusting the game’s launch time frame.

In early Wednesday, Henderson tweeted that talks about the delay were “unfolding” internally. And later in the day, DICE announced the delay. “Battlefield 2042” is now launching on Friday, Nov. 19.