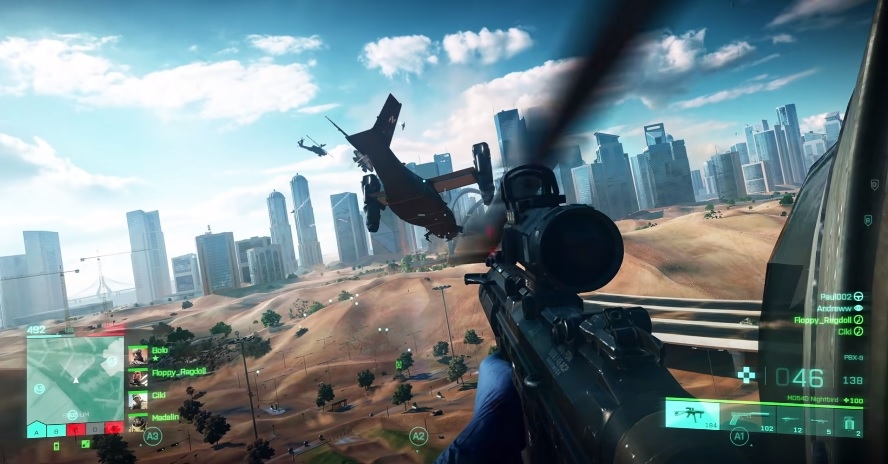 As gaming fans know, “Battlefield 2042” still has a “redacted” game mode slated to be unveiled next month. Thanks to a recent leak, though, potential details about the gameplay feature have been revealed, indicating that it is going to be a “hub” for remastered maps from old “Battlefield” titles.

Details about the mystery mode were the focus of Tom Henderson’s latest YouTube video. A source reportedly tipped the leaker through an email describing it as the “ultimate sandbox” experience in “Battlefield 2042.” While the game mode will feature old maps, it will still run on the upcoming game’s engine. That means it will not bring back the traditional Class system or game movements featured in earlier titles.

When EA and DICE unveiled “Battlefield 2042” earlier this month, the new Specialist system was confirmed to replace the old Class system. In previous games, weapon loadout is specific to each Class, so that used to be one of the main factors when starting a “Battlefield” game. However, in the upcoming first-person shooter, every Specialist has unique traits and skills, while EA confirmed: “the rest of the loadout is fully customizable.”

Henderson’s source also described the mystery “Battlefield 2042” mode as a fun way to play the game because it is “not necessarily competitive.” But it is also not expected to be a balanced game mode, which lines up with its reported sandbox features.

Most maps to be featured in the “Battlefield 2042” hub will accommodate a maximum of 64 players, but that could be reduced for smaller maps. It is also expected to be updated along with the upcoming Battle Passes. Henderson reported that the mystery mode and the Hazard Zone can be downloaded separately, which should lessen the issues if the full game ends up requiring hefty storage space.

The same source also provided a few details about the “Battlefield 2042” Hazard Zone. It is expected to be the game’s free-to-play mode. While it is not planned as a battle royale, the game mode will have 100 players at the start of every match. The previously confirmed AI Soldiers will also be used in Hazard Zone.