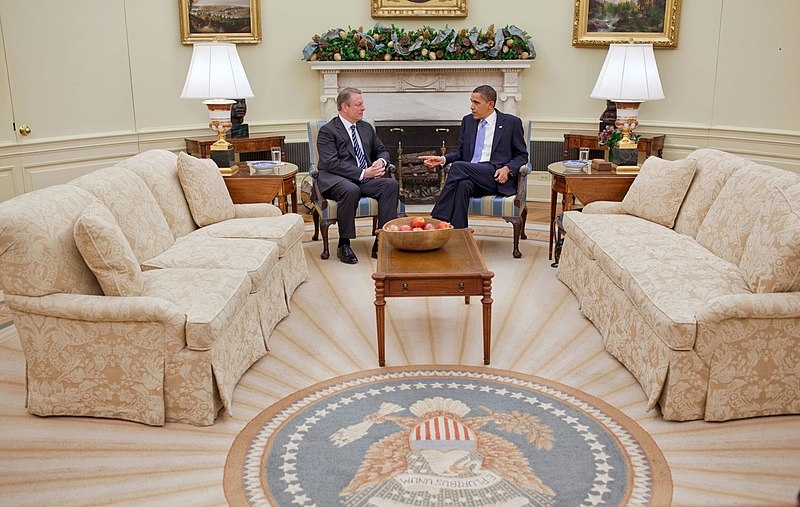 A few months have passed since President Donald Trump was acquitted from the Senate impeachment trials. But as the Republicans continue their investigation into the Bidens and Ukraine, former President Barack Obama criticized the proceeding.

Back in March, Obama’s office sent a letter to the National Archives and Records Administration, upon word that Republican Senators Chuck Grassley and Ron Johnson, requested Obama administration documents that were related to Ukraine. The letter detailed how it was improper for them to do so and referenced the comments made by former National Security Council official Fiona Hill about the Ukraine election interference. Hill said that the supposed meddling was “a fictional narrative that is being perpetrated and propagated by the Russian security services.”

“It arises efforts by some, actively supported by Russia, to shift the blame for Russian interference in the 2016 election to Ukraine,” said the letter.

Senators Grassley and Johnson have since been conducting their investigation into the Democrats and Ukraine since fall 2019, during Trump’s impeachment. They asked the National Archives for records of meetings between Obama administration officials and Alexandra Chalupa, the operative involved in the supposed Ukrainian election interference scandal.

The letter from Obama’s office also criticized the probe for being a purely politically motivated attempt at smearing Biden’s presidential campaign against Trump. This would mark the first time Obama weighed in on the investigation. But at the same time, Obama ultimately agreed that the records of the meetings could be released provided that the reason be for countering misinformation.

The Senate has since insisted that this was not politically motivated to get Trump re-elected but was more of a way for them to see if there is any possible conflict of interest that happened during the previous administration.

In other news, Obama will be delivering a commencement address alongside other popular figures in a virtual graduation special for the class of 2020 called Graduate Together: America Honors the Class of 2020. Along with Obama, Lebron James, Malala Yousafzai, Ben Platt, the Jonas Brothers, Yara Shahidi, Pharrell Williams, Lena Waithe, BTS, and H.E.R. among many other celebrities.