BTS back on the Billboard with ‘Stay Gold’; South Korean boy band achieves its 20th no. 1 hit on the World Songs Chart 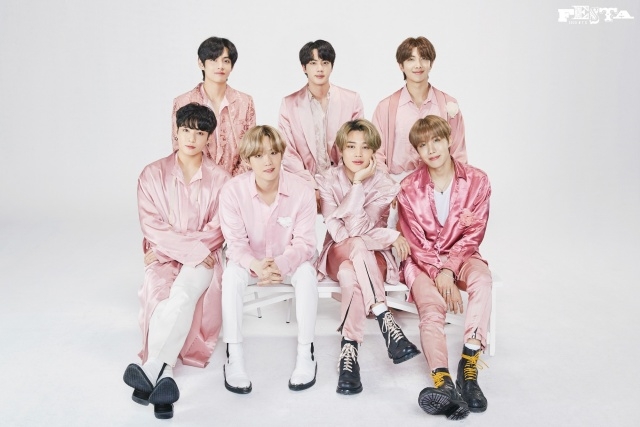 BTS recently released its Japanese lead track “Stay Gold,” and it quickly topped the charts, including the Billboard’s World Digital Song Sales Chart. Needless to say, the group placed first again, which made them achieve their 20th first place feat.

The group achieved this record only this week, and it is not surprising anymore as BTS is known to top the charts every time it will release a song or an album. And it is not just happening in South Korea as the band is also claiming the top spot in music charts around the world.

As per Forbes, BTS’ “Stay Gold” became a chart-topper after having 10,000 purchases when it was released. This is a big number since the ranking is based on pure purchases only.

All in all, most of BTS’ songs are occupying the top spots with their numerous sales. In any case, “Stay Gold" is the lead track of their new Japanee album titled "Map of the Soul: 7 - The Journey," and it was scheduled to be released on July 15.

BTS is composed of seven members, including RM, Jin, Jungkook, V, J-Hope, Suga, and Jimin, who debuted seven years ago. Aside from music, the group is not ready to dominate book publishing, too, as it was revealed by Big Hit Entertainment that it is publishing a book about the group’s most notable song lyrics.

Based on the details posted, it is a series that will feature six books, and these are: "A Supplementary Story: You Never Walk Alone," "Save ME," ' House Of Cards," "RUN" and "Butterfly." The sixth is a special edition where fans can read behind-the-scene stories about the first five titles. There will be illustrations as well just like any ordinary creative books.

"With 'Graphic Lyrics,' we are introducing a new way of enjoying music for the first time with BTS songs and are planning to continue the series with Big Hit’s multi-label artists as well,” Billboard quoted BTS’ agency as saying. “We expect the 'Graphic Lyrics' series, which captures the sensitivity of paper books by translating music in writing and painting, to be a unique experience not only for BTS fans but also for the public audience."

Meanwhile, BTS' “Graphic Lyrics” books were already launched on June 29 and it was released in physical bookstores and online.