BTS is set to publish its first book series ‘Graphic Lyrics’; Release date and everything to know 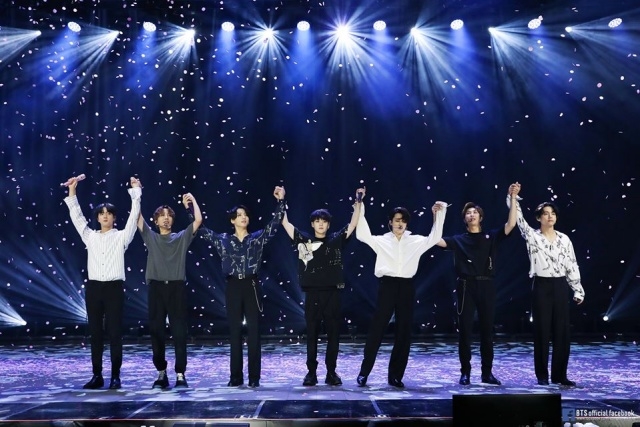 BTS has been exploring every possible thing that they can do while they are still at the peak of their career. It seems that the boy band has found something while most of the world is in lockdown due to the coronavirus pandemic.

Aside from performing on stage and releasing albums, the South Korean boy group composed of RM, Jungkook, V, Jimin, Jin, J-Hope, and Suga already tried being commercial models, product endorsers, and more. But with their immense popularity, they can still add a number of things that they can do, and this time its books.

The BTS’ book series - What it is

As per Forbes, BTS is known for singing songs with straightforward lyrics. Most of their tracks speak openly about loneliness, heartbreak, discrimination loneliness, mental health and other social issues. This is actually what sets them apart from other Kpop groups and fans just love their honesty that are conveyed in their lyrics.

Because of this, Big Hit Entertainment, BTS’ agency, decided to put emphasis on the group’s best lines in their songs. They would be compiling these lyrics and create a book series that the company called the “Graphic Lyric” books and this was already announced this week.

The new BTS series will contain six books titled "A Supplementary Story: You Never Walk Alone," "Save ME," ' House Of Cards," "RUN" and "Butterfly." The sixth book is a special edition that will feature the stories included in the five mentioned titles in the series. It will offer artistic illustrations that will unravel each of song's lyrics.

"With 'Graphic Lyrics,' we are introducing a new way of enjoying music for the first time with BTS songs and are planning to continue the series with Big Hit’s multi-label artists as well,” Billboard quoted Big Hit Entertainment s saying in a statement. “We expect the 'Graphic Lyrics' series, which captures the sensitivity of paper books by translating music in writing and painting, to be a unique experience not only for BTS fans but also for the public audience."

Meanwhile, Big Hit Entertainment announced that placement of pre-orders for BTS' “Graphic Lyrics” books will begin on June 24. Fans can reserve their copies via Amazon and WeVerse. On the other hand, everyone can also get their copies on bookstores starting June 29.