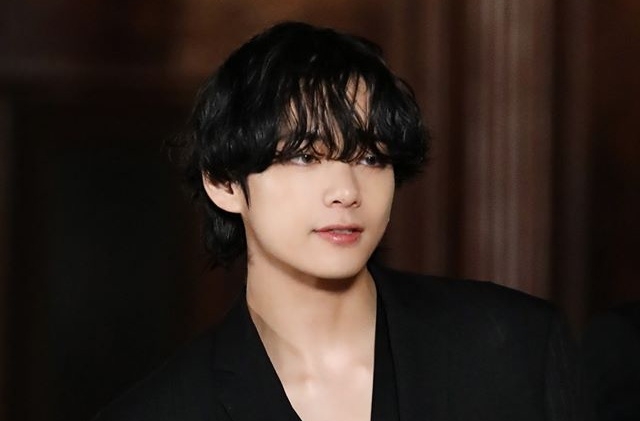 BTS V trended worldwide on April Fool’s Day and there are two main reasons for it. It turned out that this is one of the traditions that kpop fans do on April 1 and it is to celebrate the day by posting photos of their favorite singer idols.

Allkpop reported that more than 100 fan sites uploaded various photos of BTS V so no wonder, his name was on the top searches on Twitter that also bear the hashtag #AprilFoolsDay. The publication explained that every year, fansites of kpop groups celebrate the day by posting snaps of idols and apparently, the BTS member is one of the most posted pictures on social media. It was mentioned that BTS V is closely followed by GOT7’s Jinyoung who is another popular Korean idol singer.

And this is not the only reason why BTS V trended on social media in the last 24 hours. He topped the searches because of his pet dog Tannie or Yeontan. The dog’s name alongside his owner was the most mentioned one on Twitter.

It all started when BTS V started uploading a series of videos featuring his dog. The clips showed Tannie accompanying the singer to his work and many fans find this adorable. What’s more, fans could not help but notice how much the dog has grown.

He is already three years old and since fans don’t see much of Tannie these days, they were surprised to see how big he is today. Some fans posted a side-by-side video of the pet for others to see the size difference of Tannie - then and now.

In any case, Tannie or Yeontan as first introduced when BTS showed him while they were on V Live a few years ago. The dog was still a puppy back then but since that time, he acquired his own legion of followers and it was amazing. Over the years, Tannie has been loved by other BTS members and the fans as well.

Since V is a singer, another reason why he is one of the most talked-about idols in the past days is because of his new single titled “Sweet Night.” the BTS member released this as an OST for “Itaewon Class” and Forbes reported that the 24-year-old made history wit it after topping the Billboard’s Sales Chart.

BTS V’s track is now the second Korean song piece to rank so high on Billboard based on sales. The first on the rank is Psy’s “Gangnam Style” but he could beat this record too in the future.