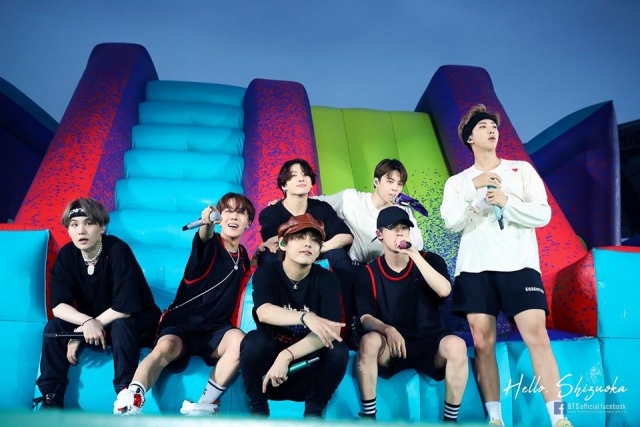 BTS Suga is very busy these days despite the coronavirus pandemic. He still has lots of work even in this time of lockdown and revealed his activities via live streaming on YouTube.

Firstly, BTS Suga is collaborating with IU for the first time and fans are excited about this. The are same-age friends so everyone is eager to hear the music that they will create together. Although this collaboration is for IU’s comeback single, the 27-year-old has a big part in the song.

Newsen reported that IU’s agency, EDAM Entertainment, confirmed on Monday that the beautiful singer has teamed up with Suga. It was added that the two created a great song with their unique styles and the outcome is really good.

"IU will be releasing a digital single on May 6, and she will also be releasing a music video along with her music," the agency representative said. "As musicians of the same age, they were able to work comfortably together and used that as a foundation for sharing their opinions to create music. The finished song piece truly reflected the pair’s unique synergy."

Suga produced IU’s title track called "Eight," and it is a follow up to her Love Poem EP that was released last year. IU has yet to release another full-length album.

Suga’s other project was revealed last weekend via live stream. He disclosed that BTS is currently working on a new album and it is meant to be a follow-up to their “Map of the Soul: 7” that was released in February.

Meanwhile, BTS continues to top the charts with their “Map of the Soul: 7” album. They are also busy filming short films for their fans to watch during this time of crisis.