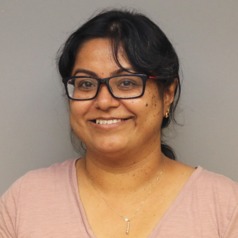 Oceans cover more than 70% of the Earth’s surface, and scientists argue that the planet’s interior also contains a lot of water. But where did all this water come from?

I and my postdoc Ziliang Jin analyzed grains of the mineral pyroxene from an asteroid called Itokawa, which is the first asteroid that humankind ever sampled. The Japanese probe Hayabusa brought back about 1,500 particles from the asteroid’s surface in 2010, and our recent measurements show that this asteroid is wetter than we imagined.

Samples of meteorites that came from Itokawa-like asteroids that have been analyzed for water revealed barely detectable quantities. This led scientists to speculate that rubble-pile asteroids like Itokawa would be bone dry. But we found lots of water in these particles. To be clear, the specific amount of water that Itokawa particles contain is still low with respect to anything in our human experience. But the discovery of even these amounts of water with the correct isotope signature means that asteroids like it that struck the Earth could have provided more than half of Earth’s oceans.

I am a cosmochemist at Arizona State University who is interested in the small bodies in our solar system like asteroids and comets, which are the building blocks of the planets. Studying the chemistry of these types of seed materials can tell us a lot about how the planets formed and the conditions in the early stages of planet growth.

We were interested in studying samples from the asteroid Itokawa because we had speculated that Itokawa particles should have some water, based on some back-of-the-envelope calculations Ziliang had done. Then I wrote a proposal to the Japanese Space Agency and received the samples that we ended up studying. 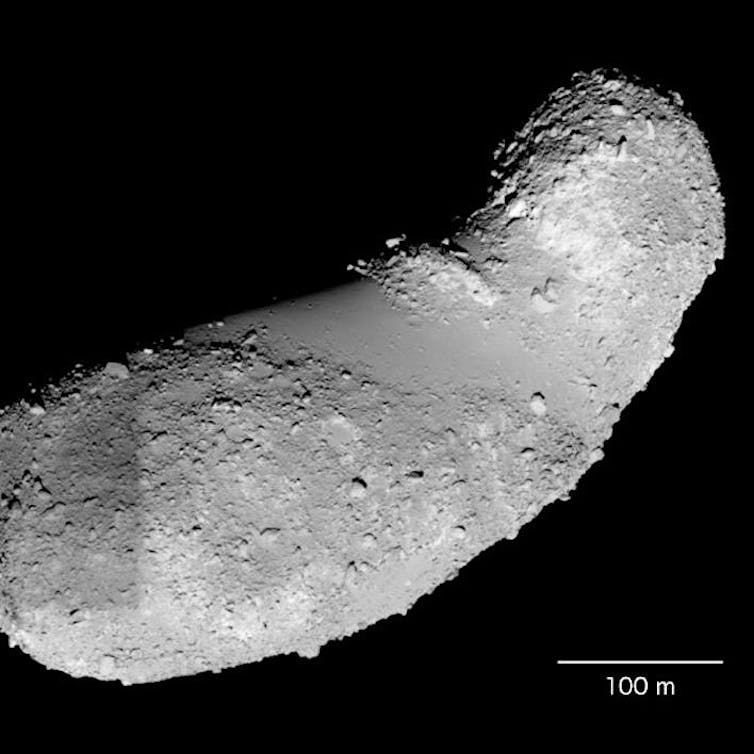 The source of water on Earth and other planets like Mars is hotly debated in the planetary science community. It is thought that our oceans were delivered by water-rich asteroids from the outer solar system. This happened during different periods of planetary formation – early, when proto-Earth was not as big as it is now, or late, after the Earth had completely formed.

The planetary science community argues that asteroids were the first objects to form in our solar system and that terrestrial planets – Mercury, Venus, Earth and Mars – grew bigger with the accretion of small asteroids and comets.

The two Itokawa particles studied by Jin and Bose are tiny: For comparison, a human hair is 100 to 500 microns in diameter. Z. Jin and M. Bose/ASU/JAXA, CC BY-SA

Itokawa is 1,800 feet long and 700 to 1,000 feet wide – roughly 10 times the size of a football field. It is largely made up of minerals like olivine and pyroxene and follows an orbital path that crosses Earth’s orbit and then swings out beyond it past the orbit of Mars. However, we don’t have any idea about how often it revolves around the sun. The original parent body of Itokawa is thought to be larger than 20 kilometers in diameter. It went through multiple collisions, one of which generated Itokawa. In 2005, Hayabusa (Japanese for falcon) collected a small amount of dust from the Itokawa surface and delivered it to Earth five years later on June 13, 2010.

To figure out if asteroids like Itokawa were the source of water on Earth, we looked at the ratio of two forms – or isotopes – of hydrogen: hydrogen and deuterium. The planetary science community uses hydrogen as a proxy for water – which is made from two hydrogen atoms and one oxygen atom. It uses the ratio of deuterium to hydrogen (D/H) as a type of fingerprint to make connections between planetary bodies and question how the different objects received their water.

We used a device called a mass spectrometer, specifically the NanoSIMS, to measure water and D/H ratios in the Itokawa samples.

Ziliang and I found that Itokawa and Earth have the same D/H ratio, which suggests that they share a common source of water. Some objects, comets and asteroids, from the outer solar system have high D/H ratios, and if they collided with Earth and provided water, then our planet’s D/H ratio would be much higher. But we don’t see that. This led us to conclude that Earth got its water from Itokawa-like asteroids. 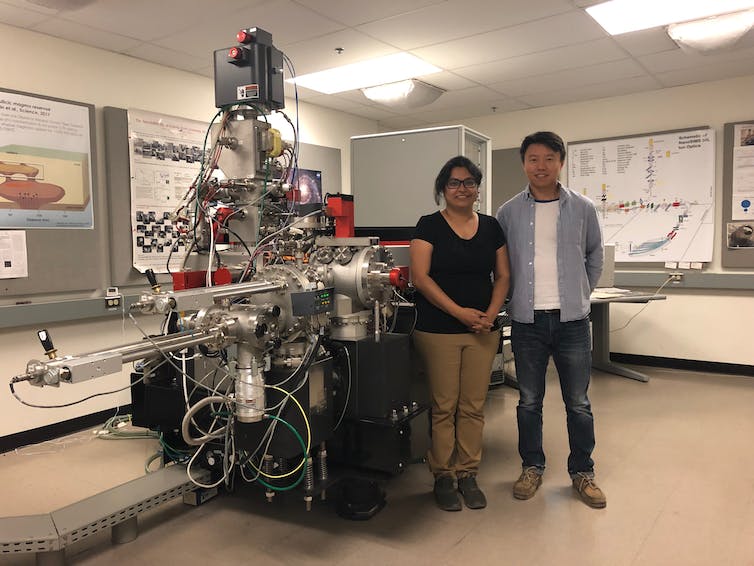 Our results support the idea that several Itokawa-like bodies may have collided with the proto-Earth and provided water. These small bodies may be considered the fundamental building blocks of planets, bringing water and other materials like organics to the planets.

Two spacecrafts are currently orbiting asteroids, Ryugu and Bennu, and will bring back samples, in 2020 and in 2023 respectively, providing another exciting opportunity to study the materials that make up these asteroids and to determine the amount of water they harbor.