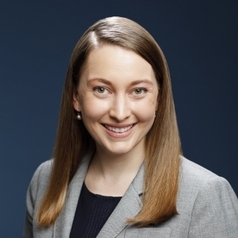 Two years of pandemic disruptions have put a spotlight on shortcomings in the U.S. housing market. Some of these shortcomings have their origins in federal and local policy decisions made decades ago. But there are also positive examples of cities making zoning decisions that work to create affordable housing. On Feb. 10, 2022, SciLine interviewed Emily Hamilton, an economist and senior research fellow and director of the Urbanity Project at the Mercatus Center at George Mason University, about housing policy and how it affects who can afford to live in American cities.

Below are some highlights from the discussion. Please note that answers have been edited for brevity and clarity.

Emily Hamilton: During the early stages of the pandemic, there was a big slowdown in localities issuing building permits and homebuilders starting housing construction, due to early efforts to mitigate the spread of COVID-19. It’s taken a long time to work out of that, as well as ongoing supply constraints.

As a result of this big reduction in new houses, house prices in many parts of the country have increased drastically since the start of the pandemic.

There have also been increasing challenges of people not being able to afford housing that they were already in prior to the pandemic, due to job losses and income insecurity.

Communities are using a variety of strategies to make renting or owning a home more affordable. When it comes to what the research shows, what actually works?

Emily Hamilton: Successful strategies for improving housing affordability are policy reforms that make it feasible for homebuilders and developers to provide more housing, especially at the low-cost end of the market.

For example, Houston is known for expanding outward. It should also be known for some of the reforms that it’s done to make more housing within neighborhoods that are closest to some of its job centers possible.

Houston reformed its minimum lot size requirements, which has made a lot of townhouse construction feasible. As a result, the median home price there is below the national median, even though Houston has been growing rapidly in terms of its economy and its population for several decades.

Are there affordable housing strategies that don’t work as well?

Emily Hamilton: One policy I’ve studied that doesn’t work very well in promoting housing affordability is inclusionary zoning. This is a policy that many localities across the country have adopted in recent years. Under inclusionary zoning, local policymakers require homebuilders to provide a certain percentage of below-market-rate units as a condition of being able to build a new development.

I’ve found that under inclusionary zoning, localities have seen higher market-rate prices than what they could have expected without the program. Inclusionary zoning programs in general produce very few units as a percentage of a locality’s total housing stock. They’re not doing a good job of serving the populations who they’re intended to help, while they also make housing potentially more expensive for everyone else.

How does racial discrimination persist in today’s housing market?

Emily Hamilton: Today’s land use regulations started developing in the early 20th century, and they were an outgrowth of efforts to segregate neighborhoods and localities by race, which the Supreme Court declared unconstitutional in Buchanan v. Warley. When they were no longer permitted to segregate real estate markets with tools that explicitly separated regions by race, local policymakers turned to zoning rules that separated households by income directly and oftentimes by race indirectly. It continues today.

When it comes to factors that affect housing affordability, what trends are you seeing?

Emily Hamilton: We’ve seen a decades-long trend of less housing permitted and built, relative to the country’s population. There was a big drop in housing permitting during the 2008 financial crisis, and more than a decade later, housing starts still haven’t recovered.

And this issue that in the past was really a big problem for a few coastal markets – like the Bay Area and New York City and Boston – is increasingly becoming a problem across the country as a whole. Cities in the Mountain West and places like Austin are increasingly becoming expensive and not offering opportunities for people who want to live there.