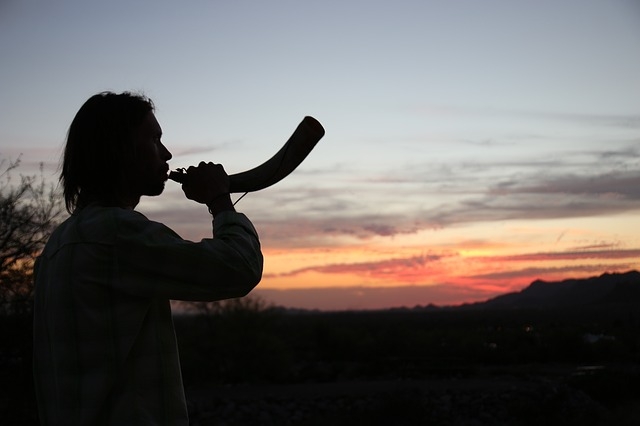 As workers make matzo for Passover, many families will not be able to get together this year. 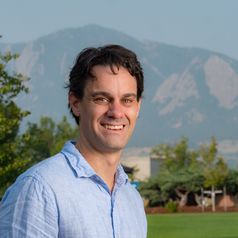 As the coronavirus pandemic spreads across the globe, it is affecting how families celebrate important religious events such as Easter, Passover and Ramadan, which would normally involve the gathering of families.

For example, in Judaism, Passover, which commemorates the exodus of the Israelites from Egypt, involves younger and older generations dramatizing the events of slavery in Egypt and the recitation of a liturgy called the “Passover Haggadah.”

The recitation of certain communal prayers at Passover, like many other ritual celebrations in some orthodox Jewish communities, involves a minyan, or a quorum of 10, traditionally male, participants. Highly interactive Passover meals, or Seders, include games for children, such as finding the afikomen, part of an unleavened wafer that is hidden, the discovery of which is often rewarded with a prize.

Since many families cannot gather in person, leaders of congregations have said that being in the same “place” according to the traditional understanding can accommodate virtual presence. Some of the Passover Seder traditions are occurring through videoconferencing tools such as Zoom.

As a historian of the Bible, I know Passover has long been a platform for ritual innovation. A particularly important example of a similar sort of ritual innovation occurred when the temple in Jerusalem was destroyed, twice.

The temple in Jerusalem occupies an important place in both Jewish and Christian thought. David, the king of Israel who ruled from around 1010 to 970 B.C., is said to have first envisioned the temple. It was, however, built by his son Solomon.

The temple played a central role in ancient Israelite worship. According to the Bible, the temple in Jerusalem was where God lived. The belief was that as long as God remained in Jerusalem, the city would be indestructible.

In 701 B.C., a king named Sennacherib tried to invade Jerusalem but was unsuccessful. The military campaign devastated the surrounding villages, but Jerusalem survived. According to some biblical texts, God had chosen the temple as a special place to dwell.

Sacrifices were performed in the temple to ensure that God stayed forever in Jerusalem. The belief was that the sacrifices provided food for God.

The blood from the sacrifices was also intended as a purge. It was believed that sinful actions of Israelites could travel through the air, generating a stain, called a “miasma.”

This stain was believed to stick to various parts of the temple. According to the Book of Leviticus, in the Old Testament, the more important the person in Israelite society committing the sin, the closer the stain would land to the place where God was believed to have lived, called the “Holy of Holies.”

The blood of sacrifices was applied to these places, making God’s dwelling clean and tidy.

As such, these sacrifices were designed to keep God happy and they were essential to maintaining order in the divine dwelling.

Except that the biblical texts claim that God did not stay in the temple forever. According to the Book of Ezekiel in the Bible, God became unhappy with the state of affairs in Jerusalem and abandoned the temple.

Following the divine abandonment Jerusalem was no longer indestructible. In 586 B.C., Nebuchadnezzar, a Babylonian king, conquered Jerusalem and destroyed the temple.

The temple was rebuilt around 515 B.C. But this “Second Temple” too was destroyed, this time by the Romans in A.D. 70. 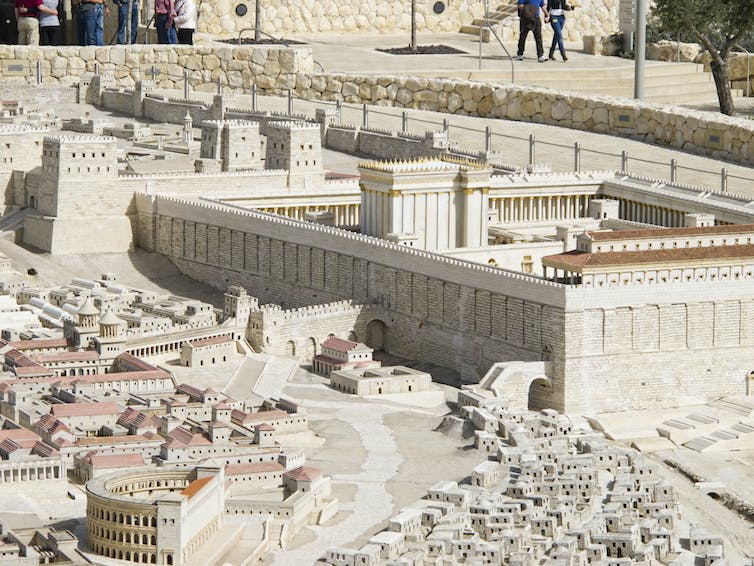 This destruction left Jewish leaders with profound questions. Without a temple, they asked, how could people access God and offer sacrifices?

Another vital question before them was: How were these Jewish communities to relate to God, particularly in view of the commands of sacrifice in the Bible, when the temple was gone?

Religious texts were believed to hold answers for why these disasters occurred.

According to the scholar James Kugel, Jewish prophets and sages explained that these events were “God’s punishment” for the failure to “obey the divine laws.”

As a result, those who survived were “resolved to learn the lesson of history” by studying ancient texts and performing the laws as God intended. In this way, it was believed, they would find “favor with God” and “head off another disaster,” according to Kugel.

Other scholars, such as Mira Balberg and Simeon Chavel, have argued that the same biblical texts were also thought to contain the key for constructing new religious ideas. In fact, these texts gave license for ritual innovation in light of changing historical circumstances.

Such innovations were often, though not always, grounded in sacred texts and traditions. That way they had a continuity with the past.

It was through this process that prayer in the Jewish tradition came to be seen as a form of sacrifice.

Both the act of sacrifice and prayer connected the divine and human realms. Some passages in the Bible made the connection explicit.

For example, Psalm 141:2, which says, “Take my prayer as an offering of incense, my upraised hands as an evening sacrifice,” drew similarities between prayer and sacrifice. So did another book in the Bible – Hosea 14:3, which says, “Instead of bulls we will pay the offering of our lips.”

The verses even put prayer and sacrifice in parallel poetic lines as a way to almost equate the actions.

In fact, the prayer in Judaism known as the “Amidah” was conceived as a substitute for sacrifice very shortly after the destruction of the Second Temple.

The destruction of the temple created unimaginable crises in the religious sensibilities of ancient Jews, but also became a platform to reimagine how religious ritual worked.

The ability for modern religious communities to adapt and innovate rituals in light of circumstances, then, has deep and very productive roots.