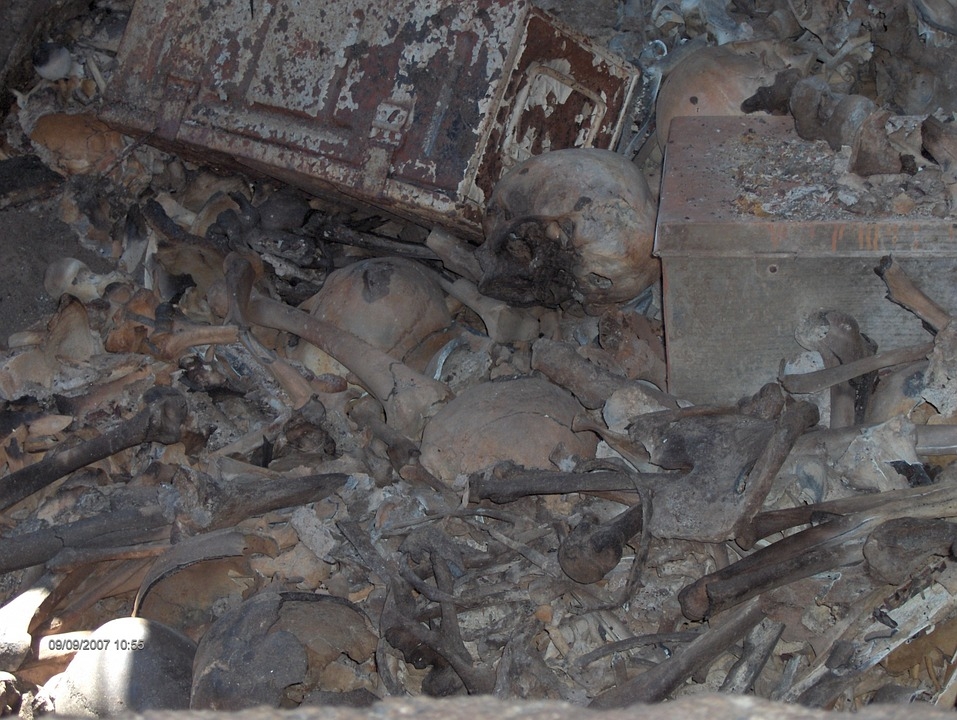 Perhaps one of the most chilling discoveries one could make would be of human remains. Recently, a group of researchers found the skeletal remains of eight people in a mass grave.

Express reports the discovery of eight skeletons in a mass grave in southwestern Poland, at St. Martin’s parish cemetery. This puts an end to a long search of these remnants, following 75 years after the soldiers were killed. According to the Institute of National Remembrance in Poland, the soldiers that were found came from a partisan group called Warta. This particular group was killed in a roundup to which the IPN revealed occurred on October 22, 1945, the day the Blysk group took control of Odolanów, which was where the bodies were discovered.

Aside from the skeletons, archaeologists also found some of their personal possessions such as bits and pieces of their uniforms, military buttons, and ammunition shells. The organization said that genetic testing will be done to identify the bodies and perhaps shed more light on what may have happened to them at the time.

“In the town, the Citizen’s Militia Post was disarmed, the town hall was occupied and the municipal funds were distributed among the locals at a rally organized in the town’s square. During the retreat, near Odolanów, an hour-and-a-half-long skirmish took place between the unit and the NKVD/Internal Security Corps/Security service group following them, which had twice the numerical advantage,” said the IPN in a release regarding the discoveries.

Onto other discoveries, an international group researchers found what would be the first underwater Aboriginal archaeological sites in the Australian continent. The discovery dates thousands of years back when the place this was found was once dry land. In the site, they found stone tools and grinding stones crafted by Aboriginal peoples.

Flinder’s University Maritime Archaeology Program Director, Associate Professor Jonathan Benjamin, said that this discovery is an exciting step in Australian archaeology. Professor Benjamin added that a lot of archaeological evidence that documents the lives of Aboriginal peoples thousands of years ago could be found underwater when sea levels were once much lower than they are today.