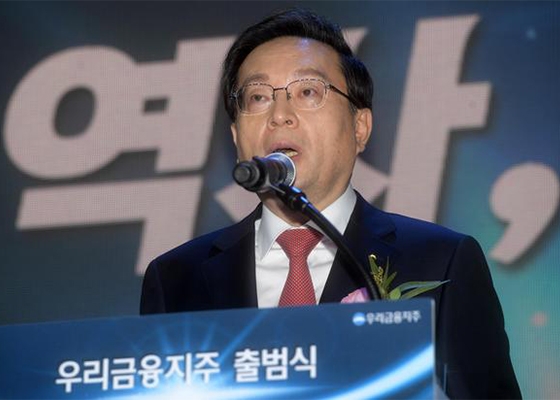 Sohn was held responsible for Woori Bank’s selling of derivatives-linked fund products 401.2 billion won to some 600 investors, with most of them losing the majority of their principal investments.

The Financial Supervisory Service will appeal a Seoul court decision that nullified its penalty on the current Woori Financial Group Chairman Sohn Tae-seung for the misselling of high-risk funds.

The Seoul Administrative Court ruled in favor of Sohn, revoking the penalty imposed upon him by the FSS in January 2020.

Civic groups and lawmakers, including 12 from the ruling Democratic Party of Korea, have asked the FSS to appeal the ruling.

The FSS's penalty would have banned Sohn from working in the finance sector for at least three years after finishing his current term as chairman.

But the court ruled there is no legal ground to impose a penalty on a staff member or executive of a financial institution for “a failure to abide by internal control standards, not a failure to establish them.”

Sohn was held responsible for Woori Bank’s selling of derivatives-linked fund products worth 401.2 billion won to some 600 investors, with most of them losing the majority of their principal investments.