Why journalists must be allowed to pay and reward their sources 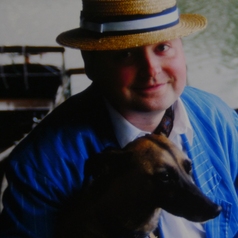 He was able to do all of this because of his job. But Norman was not a politician or campaigner – he was a prison officer who contacted the Daily Mirror newspaper to share information he had gleaned from his work.

Norman did so in the belief he would receive the protection of journalist source confidentiality. Instead, he was sentenced to 20 months in prison and had to sell his house to pay for his defence.

Norman’s information and expertise had the potential to save lives. He was serving the interests of democracy, as has been proven by subsequent prison crises. There have been more inmate murders and suicides, widespread propagandising of terrorist ideology, repeated riots and disastrous failures in security.

He did not ask for payment, but was persuaded to accept compensation because he was a source who risked losing his employment. He also bore the additional risk of violent attack and reprisal from inmates, had his media whistleblowing been revealed while he was still working in the prison system. Over a period of five years, he received, on average, £2,000 a year for his role as a consultant informant on the failures of Britain’s prison system.

With a legitimate expectation that his role as a confidential public interest source would be protected, he only came forward on the understanding that he would be protected as far as possible by his journalist contact, Stephen Moyes, and the newspapers which published his stories. And, indeed, by the British legal system.

Under the Police and Criminal Evidence Act 1984, any attempt by the police or any other state body wishing to force a disclosure had to be tested by an independent hearing before a judge. The Contempt of Court Act 1981 covers rights over freedom of expression, and the time-honoured need to preserve protection of sources. It is robustly supported by the European Court of Human Rights.

The protection of journalist sources is a moral and legal duty. Moyes always kept his side of this vital social contract. But Norman’s protection could only be sustained if the publishers and the legal system also did their duty.

Trinity Mirror betrayed him by voluntarily giving the Metropolitan Police all the evidence they needed to add him to Operation Elveden, the investigation into civil servant journalism sources which followed the Leveson Inquiry into the British press. Leveson cheerleaders condoned and encouraged the criminalisation of any contact between public officials and journalists. Where there had been payments, this was demonised and viewed as corruption.

The Metropolitan Police and directors of public prosecutions then used the obscure “misconduct in public office” offence to aggressively arrest, charge and prosecute journalists and their sources. Millions of pounds were spent pursuing trials at the Old Bailey and other criminal courts. In all, 34 journalists were arrested, or charged – but none successfully convicted at trial.

Yet 32 of their sources were convicted of selling information to journalists, and many of them jailed.

Norman is now taking his case to the European Court of Human Rights in Strasbourg – and he deserves to win. His arrest, prosecution, conviction and sentence were entirely disproportionate.

He and his fellow sources had no idea that whistle-blowing was a criminal offence. At worse, they thought they were in danger of losing their jobs. There is now a vital social need for confidential journalist sources acting in the public interest to know that they will be protected.

The Chartered Institute of Journalists recently added a new clause to its Code of Conduct declaring that: “[Journalists] should be able to compensate sources of any kind in proportion to the public interest value of their information and the risks they are undertaking.”

This recognises the fact that any kind of source, whether public official or private citizen, sometimes needs financial protection and security.

Would anybody seriously argue against a source working in public safety being paid £10,000 by a media organisation if their information had been able to prevent the Grenfell Tower disaster that claimed 71 lives?

The custom and practice of a competitive British press providing financial rewards to confidential sources was a widely known tradition. The popular tabloids advertised explicitly that they paid for important stories. Charles Dickens paid Metropolitan police sources when he edited and published magazines and newspapers in the 19th century.

Many of these sources have made a hugely positive contribution to society. Operation Elveden, meanwhile, has had a disastrous impact.

It has catastrophically undermined the democratic necessity of protecting journalist sources, fundamentally damaged the “watchdog” role of the media, and utterly discouraged the free flow of information to journalists – and as a result, to the rest of us.

Tim Crook is affiliated with the Chartered Institute of Journalists as chair of its Professional Practices Board.