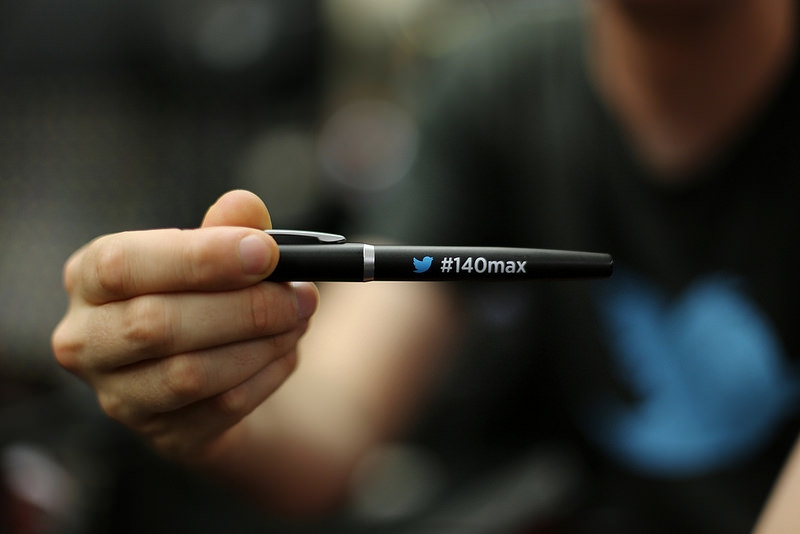 There's already a lot you can say on Twitter in 140 characters. Flickr/Manuel Schmalstieg, CC BY

The internet erupted in outrage last week at reports that Twitter is poised to increase the limit for tweets from 140 to 10,000 characters.

The first rumours of such a move emerged in the tech news website Re/code back in September then again last week. The response on Twitter was immediate and, for the most part, somewhere between incensed and bemused, with many thousands of tweets posted with hashtags such as #10kTwitter, #Twitter10k, #10000gate, #140twitter, #beyond140 and #longtweets.

CEO and prodigal co-founder of Twitter, Jack Dorsey, clarified things in a proof-of-concept #longtweet of his own:

We don’t know if this is something that will definitely be rolled out for all users, or just something in the development pipeline. Crucially, we don’t know what the implementation might look like. It is possible that we’re just talking about the ability to append a chunk of extra text to a tweet (to make it readable, searchable and presumably commercially minable).

As we might expect, in the absence of any further confirmation, as far as I can see the frenzy has now pretty much died off.

This might be a non-story if it weren’t for the fact that concern from a highly engaged userbase over potential or actual platform changes is such an established pattern.

We saw it most recently with Twitter’s change from Favorites to Hearts, but it goes way, way back to the beginning. This latest controversy is only a small part of that much longer and deeper story of how Twitter has been shaped by competing ideas about what it is actually for.

On the surface, extending the length of tweets might seem like a good idea. The 140 character limit is definitely a significant constraint. Anyone who has tried to participate in a complex discussion or a political debate on the platform will have become frustrated by it, and they may have found themselves resorting to work-arounds such as:

The limit, as we know, wasn’t really put in place for aesthetic reasons. It’s just a by-product of Twitter’s origins as a short messaging service for mobile phones.

In fact, extending it was actually listed as a priority when The Guardian reported on Jack’s return to the fold as CEO late last year.

But here’s the thing: creativity comes from constraints. Internet jargon is full of abbreviations (LOL, FWIW, FOMO, TFW, FML) invented by various user communities to get around such limitations, extending way back before Twitter to Internet Relay Chat (IRC) and other messaging or bulletin board services.

It’s not just about workarounds, though. There are a host of new cultural forms and practices that have emerged out of the 140 character limit, such as the specific forms of sometimes absurdist, frequently risque but always pithy humour that characterise the burgeoning field of Twitter comedy.

Arguably, brevity is not only the soul of wit, it’s at the very heart of Twitter.

Twitter, Inc’s search for a viable revenue model and a way to attract new users en masse has led to a series of platform changes that have sometimes seemed to the core userbase to fly in the face of Twitter’s cultures of use.

And the userbase has a right to complain. Crucially, it is they who created Twitter’s culture as well as some of its technologies, inventing many of the ad hoc innovations that then got turned into platform features.

But then came the tweaks and transformations. @reply messages to people you weren’t following were hidden from view. Retweets got automated, turning the original tweets into discrete, inviolable chunks of content. This made them much easier to track, metricise and monetise, but much harder for other users to mess with, selectively quote and remix. (Interesting to note that users responded by creating the MT, or modified tweet, giving them control again of the retweets.)

Given a spate of recent protests that Twitter isn’t fixing what is really broken and is in danger of breaking things that work perfectly well, it’s understandable that the community is up in arms once again at the prospect of Twitter abandoning the 140 character limit – arguably the core of all the platform’s native characteristics.

Throughout this history runs a tension between different ideas of what Twitter should or could be for. Was it a personal, mundane and intimate social messaging app; a global nervous system for instant news, information and reactions or a new breed of mainstream media platform?

The tensions between these apparently opposing tendencies have made Twitter dynamic and diverse, supporting everything from presidential selfies to hashtag memes to on-the-ground infrastructure for crisis communication.

Show me the money

As Nick Bilton’s company biography Hatching Twitter shows, within the company, there always were and still are internal struggles between these different platform logics and the business models that might go with them.

While early adopters loved the mix of interpersonal communication, mundane expression and news that made Twitter unique, that unique blend has proven difficult to monetise.

So Twitter, Inc is experimenting with possible platform tweaks and changes that it presumably hopes will help to attract and retain new users, and deliver sufficient revenue from content and advertising partnerships. This means providing guaranteed attention for branded content, and a better ratio of what might be called signal-to-noise.

You can see this kind of thinking behind changes that have already been made, such as last August’s move to expand Direct Messages to 10,000 characters, within which you can embed tweets and other content.

With this move, Twitter is trying to create a backchannel for discussion and interpersonal communication, and to remove all the noise from the public stream. Of course, this might betray an understanding of users interacting, talking and debating issues as noise, leaving only original content as the signal. This would most definitely be a media-centred, rather than a truly people-centred, model of social media.

Of course, as others have pointed out, there might be cause for optimism as well. One possibility (as Jack’s tweet seems to indicate) is that this proposed change is quite innocent. It’s just the company noticing something users are doing, and making it available to everyone, just like they did with the @reply, the #hashtag, and the RT.

Jack’s tweet emphasises conversation and connectedness after all. Despite this, it remains to be seen whether the changes Twitter is making over the year enhance the sociable, person-centred Twitter or actually move us toward a media-centred one.

If so, we might need to bid a tearful farewell to the messy and generative convergence of social networking, user hacks and content curation that gave Twitter its unique character and flavour in the first place – not to mention the brevity that is the soul of its wit.

Jean Burgess does not work for, consult, own shares in or receive funding from any company or organization that would benefit from this article, and has disclosed no relevant affiliations beyond the academic appointment above.