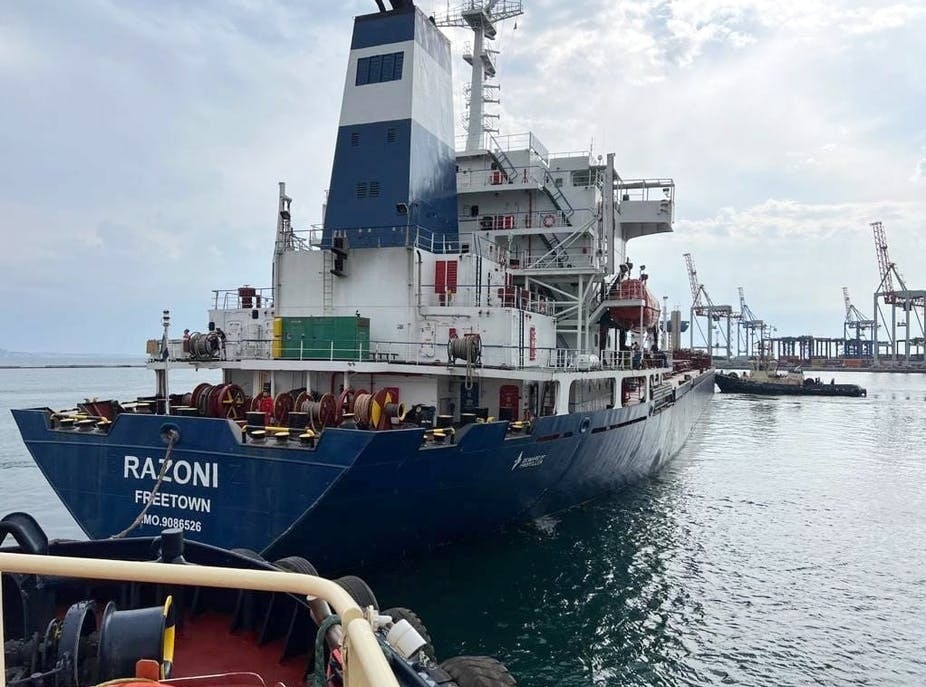 The first ship out of Odesa since the start of the Russian blockade was the Sierra Leone-flagged ship Razoni, carrying 26,000 tons of corn. EPA-EFE/Turkish Defence Ministry handout 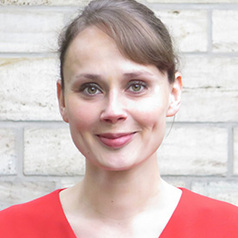 Vladimir Putin’s invasion of Ukraine has resulted in four interrelated security crises. The war in Ukraine is a tragedy for human security, but it affects geopolitical security as well as food and energy security.

These four crises have been compounded by the failure of coercive diplomacy. This is a form of diplomacy which uses either sticks or carrots to encourage “an adversary” – in this case Russia – to change its behaviour.

Since Russia’s annexation of Crimea in 2014, the EU and US have sought to coerce Putin to row back on his aggression against Ukraine by imposing sanctions, but to no avail. Now, eight years on, Putin’s war against Ukraine reflects the failure of this coercive diplomacy.

Analysts and policy makers in the west have been on the back foot since the annexation of Crimea. Their tendency to react, rather than adopt a proactive stance, has given Putin carte blanche to pursue his own ends in Ukraine.

Two recent developments illustrate the shortcomings of this passive foreign policy adopted by the US and the EU towards Russia. These two developments reflect the severity of the looming food and energy crises triggered by Putin’s war. They are indicative of divisions in the west – especially among EU member states – in establishing a coherent foreign policy towards Russia since the early 2000s.

Russia’s blockade of Ukrainian ports since the start of the war prevented Ukraine’s exports of sunflower-seeds, oil, corn and wheat. A Ukrainian-Russian deal on the export of Ukrainian grain was struck on July 22 2022.

The deal, negotiated by UN secretary general António Guterres and Turkish president Recep Tayyip Erdoğan was perceived as a small step in seeking to address aspects of food insecurity. It aimed at selling 20 million tonnes of Ukraine’s harvest from 2021 within 130 days.

The first shipment of grain has left Odesa in Sierra Leone-flagged ship Razoni which was carrying 26,000 tons of corn. But the crews of ships moving in and out of the port of Odesa will be nervous.

Russian missiles struck the port of Odesa just one day after the deal was signed – despite earlier assurances that Russia would not take advantage of the de-mining and opening of Ukrainian ports. Russia claimed that this was a legitimate strike aimed at destroying military equipment including US missiles.

When the deal was struck the prices for grain decreased by 5%. Both Russia’s non-compliance with the agreement and the continuation of the war makes it impossible to estimate how the global price for grain will be affected. Equally difficult to predict is how much grain will actually be exported in due course.

As if food shortages weren’t enough, a historical over-reliance on Russian fossil fuels is causing a serious energy crisis in Europe. In 2006, when the state-owned Russian gas monopoly Gazprom cut off supply to Ukraine – the major transit country for Russian gas to Europe – it sounded warning signals to EU institutions and member states about the problem of relying on Russia as a supplier.

This interruption decreased the pressure in pipelines, resulting in supply issues in nine countries in central and eastern Europe. At the time, Finland, Slovakia and the Baltic States relied on 100% of gas imports from Russia while Germany imported 40%.

There was plenty of rhetoric among policy-makers and diplomats in Brussels regarding the need for diversification away from Russian resources. But little was done. One of the problems is that energy policy remains the business of individual EU member states. Lithuania, for instance – became proactive in avoiding the Kremlin’s manipulation of energy policy as a geopolitical lever.

Lithuania has reduced its dependence on Russian resources with the launch of its liquefied natural gas (LNG) terminal at Klaipeda on the Baltic Coast, which started operating in 2014. This LNG terminal is also used to supply Estonia, Latvia and Finland.

Faced with potentially serious supply issues ahead of the coming winter, the EU published a communication on July 20 titled: “Save gas for a safe winter”. It includes recommendations to work towards a complete cut-off of Russian gas, the first step of which is for member states to implement a voluntary gas reduction of 15% over the next eight months.

The recommendation is flawed: the reduction is not legally binding as the EU doesn’t make decisions about individual member states’ energy policies, so the plan might not be applied by all states. Another problem is that the recommendations include exceptions for island states and some industrial sectors, so is by no means comprehensive.

But the CEO of the International Energy Agency (IEA), Fatih Birol, has said that measures being taken by European countries for sourcing energy elsewhere while conserving gas would not be sufficient if Russia completely shut down gas supplies to Europe. Russia has already reduced the flow of gas through its Nord Stream 1 pipeline to Germany to 20% of its capacity.

The EU’s recommendations do little to address either the prospect of interruptions in supply, nor the need to diversify energy sources for the future. The severity of the looming energy crisis could have been minimised if EU member states had seriously implemented renewable energy policies after Gazprom’s interruption of gas to Ukraine in 2006.