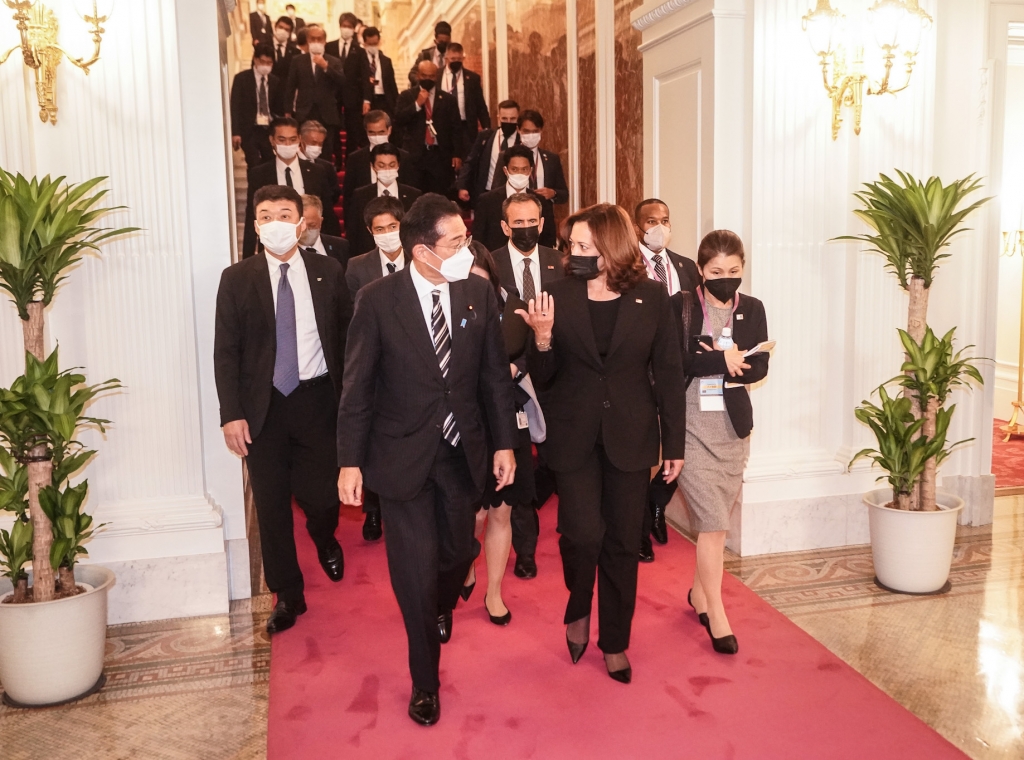 The White House said in a statement following Harris’s meeting with Kishida, that both condemned China’s increasing provocations in the Taiwan Strait.

China claims the democratic island nation and its strait as its territory and criticizes foreign governments for either visiting Taiwan or its ships making incursions through the strait. Both Taiwan and the US say the strait is an international waterway.

“They discussed the People’s Republic of China’s recent aggressive and irresponsible provocations in the Taiwan Strait and reaffirmed the importance of preserving peace and stability across the Taiwan Strait,” said the statement.

Harris, who is also leading the US delegation to the state funeral of former Japanese Prime Minister Shinzo Abe, also discussed the ongoing weapons tests North Korea has been conducting.

Harris also brought up the importance of resolving the issue of Japanese citizens that were abducted by North Korea. Harris also said that Washington’s commitment to Japan’s security is “ironclad.”

Harris’s visit to Asia followed days since President Joe Biden angered Beijing by saying the United States would defend Taiwan should China attempt to invade the island. Aides have said Harris will be working toward building a unified approach to the challenge China is posing, as world leaders have monitored the tensions between Beijing and Washington.

Biden is set to hold his first in-person meeting with Chinese President Xi Jinping at the upcoming G20 Summit in November.

The issue surrounding Taiwan has also raised the question of whether US troops stationed in South Korea would get involved, with officials from both Washington and Seoul acknowledging that South Korea may be affected.

South Korean President Yoon Suk-yeol said on CNN in an interview that aired Sunday that South Korea was ready to work with the US to “expand freedom.” However, Yoon said that when it comes to a conflict over Taiwan, North Korea is more likely to carry out a provocation, and the alliance should focus on that aspect first.