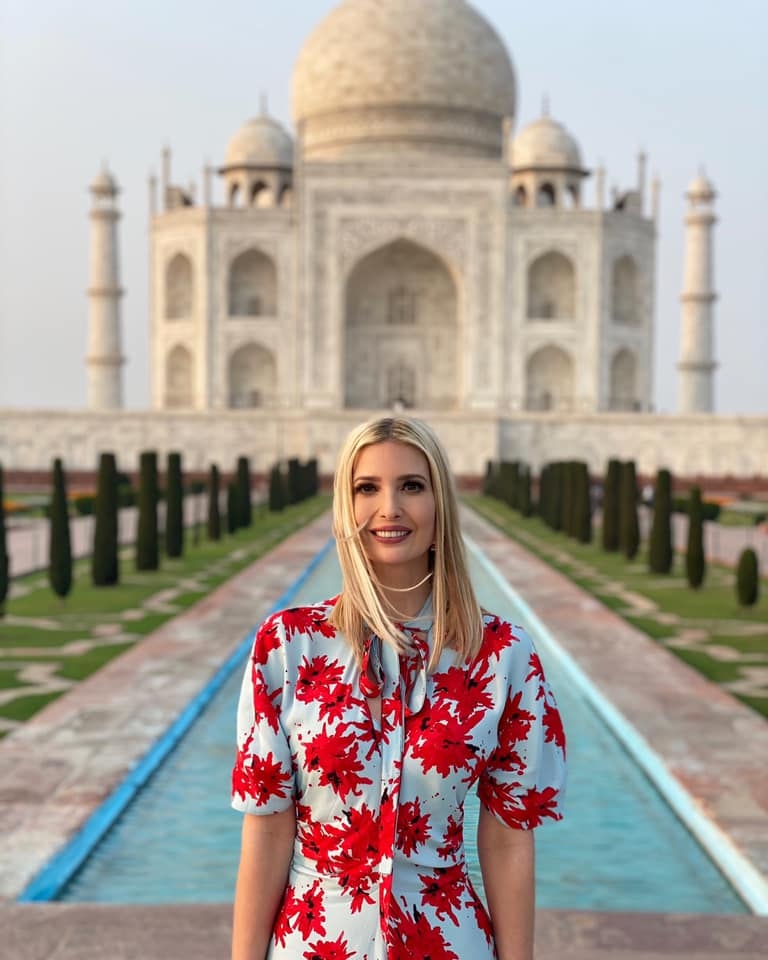 Ivanka Trump and Jared Kushner were members of President Donald Trump’s entourage during his first official visit to India. Like any other visitor to the exotic country, the White House senior political adviser did not pass up the chance to pose in front of the Taj Mahal, one of India’s most iconic landmarks.

Naturally, Ivanka Trump posted some of the pictures on her social media account which promptly started a barrage of negative comments from critics. For instance, some were questioning her exact role during the trip abroad.

Surprisingly, there were a few netizens who don’t care if her inclusion in Donald Trump’s entourage is justified or not. Rather, some eagle-eyed Twitter users were more concerned when they spotted that at least one of the photos seems to be digitally enhanced.

In other words, they suspect that Ivanka Trump might have photoshopped one of the photos. The suspected photo is a snap of Ivanka showing the Taj Mahal as the background. “The grandeur and beauty of the Taj Mahal is awe-inspiring,” was the caption of the photo.

“Look closely at the gap between Ivanka’s left arm and torso, and you’ll see that the sliver of rippling water peeking through appears to be much more in focus than the water on either side of her,” Slate wrote.

The publication then raised the possibility that it might have been photoshopped for cosmetic reasons. “The irregularity in definition led some of the Slate staff to suspect that someone had inserted or enlarged the gap in Ivanka’s picture, or otherwise messed around with the photo in some way, a thing many people do on Instagram to make themselves look thinner.,” State added.

To verify its suspicion, the publication reached out to Remove.bg, a firm that “specializes in removing backgrounds from photos.” The company said that the noted discrepancy was most likely the result of a “background-classification error.”

“We have seen this kind of artifact in images generated by mobile app background classifiers in the past,” the company’s co-founder, Ben Groessing, replied via email.

Some Twitter users also made the same conclusion. “She made her waist smaller,” a Twitter user wrote, according to The Independent. “Check out the water between her waist and arm, it is a different colour and texture than the water elsewhere in the background.”

However, others put forth the possibility that it just might be a phone glitch. The iPhone’s portrait mode, for instance, reportedly causes “clarity inconsistency” at times.