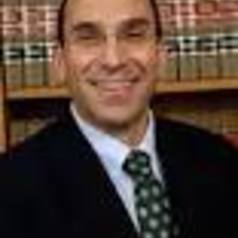 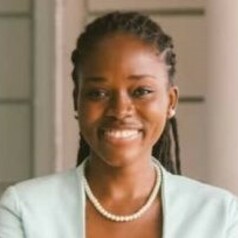 President Cyril Ramaphosa recently appointed a senior South African politician, Ayanda Dlodlo, to serve a two-year term as a member of the World Bank’s 25-person Board of Executive Directors. She will represent a constituency consisting of Angola, Nigeria and South Africa.

The appointment of such a senior politician to Executive Director position offers South Africa an opportunity to influence the World Bank’s relations with Africa.

The 25 Executive Directors of the bank fulfil a dual function. Firstly, they operate as the governing board of the World Bank. Their second function is to represent the interests of their countries at the bank.

Given these two remits we propose three issues that Dlodlo should prioritise in her term as Executive Director.

Executive Directors must approve all World Bank loans and guarantees, country assistance strategies, the administrative budget of the Bank, and the Bank’s key operational policies and procedures. They also monitor the management and staff of the Bank compliance with these policies.

In all these activities, the board has a fiduciary responsibility to act in the best interests of the World Bank.

Their second function is to represent the interests of the countries in their constituency. This inevitably means that the Board is a more political board than the board of most banks.

In an effort to mitigate its politicisation, the board has developed the custom of operating largely by consensus. Formal votes by the board are unusual. This is significant for two reasons.

First, World Bank member states have weighted votes, with their votes being weighted according to a formula based on their economic size and role in the global economy. Each Executive Director has a vote equal to the sum of the votes of the states in their constituency. Thus, a minority of powerful Executive Directors, with large weighted votes, can outvote the majority of the board.

Second, the practice of consensus means that any Executive Director that earns the respect of their colleagues can become an influential voice in the board’s decision-making process regardless of their constituency’s vote.

The constituency that Dlodlo will represent is particularly small. It was created in 2010 when the World Bank approved a resolution increasing the number of elected Executive Directors from 24 to 25. This decision followed a concerted campaign by African states and their allies, in which South Africa played a leading role, to improve the voice of African states in the governance of the Bank.

This reform demonstrates the role that South Africa can play in advancing the interests of African countries at the bank.

Dlodlo’s first priority should be to advocate for improved support for Africa. World Bank support is a matter of both the quantity of funds and its quality.

Firstly, they should argue, that the Bank should increase the level of financial support that it provides to Africa so that it can deal with the adverse economic effects of the war in Ukraine. The war is leading to increased prices in goods like food and fertilizer for which certain African countries are heavily dependent on Russia and Ukraine.

Second, they should advocate that the financing should be provided in a form that allows African countries the maximum possible flexibility in how they can use the funds. In particular, the terms of the financing should help countries promote their own agenda for dealing with the challenges that they face in promoting sustainable and inclusive development.

This means that the support should be focused on helping governments and communities use the funds consistently with the international norms and standards they’ve signed up to. These include the sustainable development goals, the declaration on the right to development and the core human rights treaties.

Secondly, Africa’s representatives on the World Bank board should advocate for a more creative and sustainable approach to Africa’s looming debt crisis.

Currently, 22 low-income African countries are either in debt distress or at high risk of debt distress. The international community’s response has been tepid. The Debt Service Suspension Initiative which provided temporary debt repayment standstills has ended. While many eligible African countries took advantage of it, they received limited support. It is also becoming evident – as acknowledged by the World Bank President – that the Common Framework for Debt Treatments beyond the initiative has serious shortcomings.

This suggests that there is a need for new approaches. The World Bank is one forum in which to organise more creative and sustainable avenues to dealing with African debtors in distress. For example, Africa’s Executive Directors could advocate that the World Bank support efforts to hold all Africa’s creditors, including its bondholders, to the applicable international norms and standards.

The third area in which Africa’s Executive Directors can play a role is in promoting a more accountable and responsive bank.

Over the last three decades the World Bank has been a leader in promoting more transparent and accountable development finance. But there are still shortcomings in its approach to it’s own accountability for compliance with its operational policies.

A substantial cause of these problems is the failure of the Bank management and staff to treat accountability as part of the learning process at the Bank rather than as a means for assigning blame. This is unfortunate because development projects are inherently complex and uncertain. Even the best and most committed development practitioners are likely to make mistakes. They therefore need to have a means of identifying and learning from these mistakes. They also need to learn about these mistakes expeditiously so that they can take action before their unintended mistakes have irreversible adverse social and environmental impacts.

Communities are both an important source of information on these problems and the unfortunate victims of their effects. Consequently, an independent mechanism that allows these actors to raise their concerns and get them addressed in a timely and effective manner is a necessary element in the development process. It also offers the World Bank a unique and essential perspective on the impacts of its operations.

The Bank created the Inspection Panel, its own independent accountability mechanism in 1993. In 2020 the Executive Directors created an expanded mechanism, the Accountability Mechanism to investigate complaints from external stakeholders that they have been harmed by the management and staff’s failure to comply with these policies.

Dlodlo should use her position to help change the Bank’s general approach to accountability so that it is more open to admitting its mistakes, correcting them and learning from them.