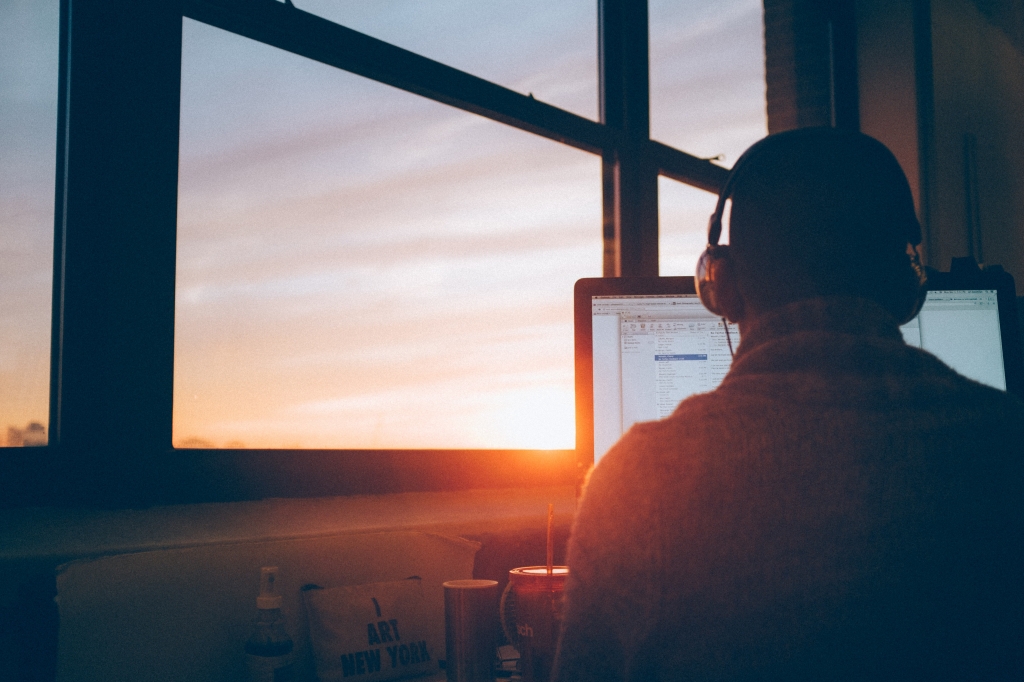 During the COVID-19 pandemic, a window is opening for good ideas to move from the fringes to the mainstream — and that includes a four-day work week. (Simon Abrams/Unsplash)

Like any crisis, the COVID-19 pandemic is an opportunity to rethink how we do things.

As we near the 100-day mark since the pandemic was declared, one area getting a significant attention is the workplace, where a window is opening for good ideas to move from the fringes to the mainstream.

For example, when millions more Canadians started working from home, many businesses were forced to experiment with telecommuting. Interestingly, many now say they’ll continue after the pandemic passes, because it benefits employers and employees alike.

As a sociologist who teaches about work and wrote a book about productivity, I believe she’s right.

Not a compressed schedule

A four-day work week must not be confused with a compressed schedule that has workers squeeze 37.5 to 40 hours of work into four days instead of five. For reasons that should be clearer below, that won’t help us now.

A true four-day workweek entails full-timers clocking about 30 hours instead of 40. There are many reasons why this is appealing today: families are struggling to cover child care in the absence of daycares and schools; workplaces are trying to reduce the number of employees congregating in offices each day; and millions of people have lost their jobs.

A shorter work week could allow parents to cobble together child care, allow workplaces to stagger attendance and, theoretically, allow the available work to be divided among more people who need employment.

The most progressive shorter work week entails no salary reductions. This sounds crazy, but it rests on peer-reviewed research into shorter work weeks, which finds workers can be as productive in 30 hours as they are in 40, because they waste less time and are better-rested. 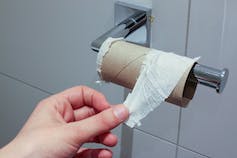 Most employees probably wouldn’t mind spending their own money on essentials provided at the office in exchange for a four-day work week. (Jasmin Sessler/Unsplash)

Shorter work weeks reduce the number of sick days taken, and on their extra day off, employees don’t use the office’s toilet paper or utilities, reducing their employer’s costs. Therefore, while it is counter-intuitive, it’s possible for people to work less at the same salary while improving their employer’s bottom line. That people might have to spend more of their own money on toilet paper is a concession most workers would probably accept.

If it makes this much sense, why don’t we have a four-day week already? It turns out this question is more than 150 years old.

Some of the answer pertains to the logistics involved in transforming our whole system of work, that’s not the entire answer. After all, the work week has been reduced before, so it can technically be done again.

The rest of the reason is rooted in capitalism and class struggle.

Thinkers from Paul Lafargue (“The Right to Be Lazy,” first published in 1883) to Bertrand Russell (“In Praise of Idleness,” from 1932) and Kathi Weeks (“The Problem with Work,” from 2012) have concluded we resist worktime reductions in the face of supportive evidence — and our own desires for more leisure — because of the entrenched morality of work and the resistance on the part of “the rich” to “the idea that the poor should have leisure,” in Russell’s words.

We are extremely attached to the idea that hard work is virtuous, idle hands are dangerous and people with more free time can’t be trusted.

Nobody is suggesting evil governments conspire with evil bosses to keep powerless people busy. As historian Benjamin Hunnicutt has shown, there was significant interest in shorter work hours in the 1920s and ‘30s, when the 30-hour week was touted as a way to “share” the work among the Great Depression’s unemployed and underemployed citizens. 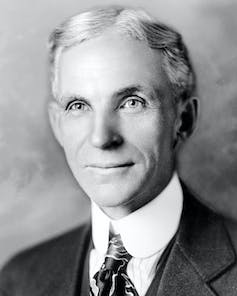 Henry Ford is seen in this 1919 photo. United States Library of Congress, CC BY

Even industrialists W. K. Kellogg and Henry Ford supported a six-hour day because they believed more rest would make for more productive workers. But Hunnicutt’s research, in Work Without End, reveals that some employers cut wages when they cut work hours, and when employees fought back, they dropped their demands for shorter work hours and focused instead on wage increases.

In the complex push and pull of capitalism, eventually even the New Deal, which influenced policy and discourse in Canada, shifted away from its early demands for more leisure toward demands for more work.

It’s quite possible we will do the same in our COVID-19 moment, and beg to be put back to work five days a week when this is all over.

But we have new reasons for considering shorter work weeks, and they might be more widely persuasive. It is also possible that we have finally given up on the false promise that working longer will translate into better lives. The four-day work week could be another wild idea that makes it through the pandemic’s open policy window.

Karen Foster receives funding from the Social Sciences and Humanities Research Council (SSHRC) and funding from the Banting Postdoctoral Fellowship program supported some of the research mentioned in this article.