‘The Winds of Winter’: Countdown to ‘TWOW’ release date begins; Here’s when is George RR Martin publishing the book 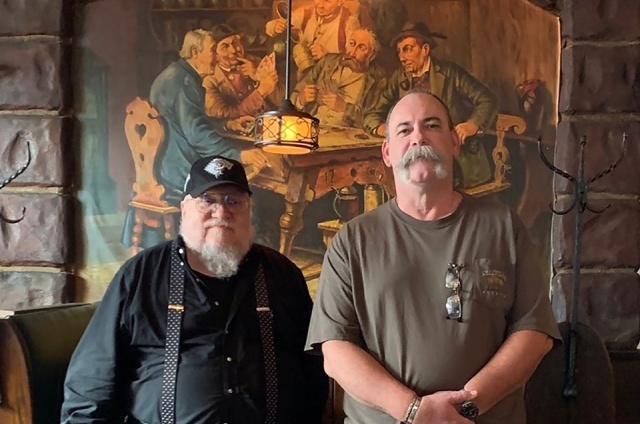 “The Winds of Winter” has yet to be published even after nine years since the fifth book of the “A Song of Ice and Fire” series was released. Fans continue to ask when George RR Martin is putting the sixth book in the “ASOIAF” collection in the bookstores and luckily, we have the answer.

The progress in writing “The Winds of Winter” is definitely slow and in fact, HBO’s “Game of Thrones” has overtaken it already and presented its own ending for the TV adaptation since GRRM is not able to finish the book before the network ended the drama. This is also the reason why the book and TV versions have different conclusions.

When is the book coming out?

Martin previously admitted that “The Winds of Winter” is not yet finished and he said that he is having a hard time with it. He said that because he keeps rewriting some parts of the book, its completion is taking longer. But then again, he made a promise to release “TWOW” this year and he even hinted about the exact date!

The 71-year-old author said that “The Winds of Winter” will already be in his hand by the time he attends the Worldcon in New Zealand. This event is just a few months away so fans can finally have the book soon.

He is scheduled to grace the Worldcon, a Science-Fiction convention, and be the Master of the Ceremonies in July so he will be traveling there in four months’ time. Since the convention is happening from July 29 to Aug. 2, it can be assumed that the release date of “The Winds of Winter” is on or between these days.

The announcement of “TWOW” release

Martin did not reveal the publishing date through a press conference or interview but he did it on his own and via his own outlet as well. On his blogsite, the author wrote a long blog entry and he concluded his message with a promise date for the release of “The Winds of Winter.”

“If I don’t have ‘THE WINDS OF WINTER’ in hand when I arrive in New Zealand for Worldcon,” he wrote. “You have here my formal written permission to imprison me in a small cabin on White Island, overlooking that lake of sulfuric acid, until I’m done.”

With this said, then fans can begin the countdown for the arrival of the much-anticipated book. Although there are doubts, everyone should trust Martin to deliver “TWOW” as he promised.