‘The Sims 5’ announcement: Should fans expect it to happen at EA Play Live next month? 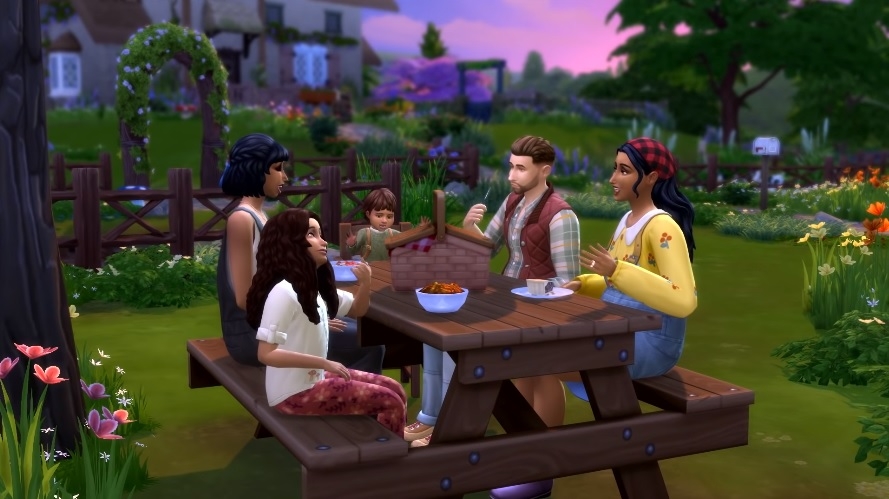 From the trailer of The Sims 4 - Cottage Living Expansion Pack | Photo credit: EA/Maxis via The Sims / YouTube screenshot

Every year, summer has been the season for major gaming announcements. Now that EA Play Live is confirmed, it is not surprising if many fans are once again hoping to hear a more definitive update about the future release of “The Sims 5.”

To this day, EA and Maxis have yet to directly say that “The Sims 5” is in development. The closes fans have gotten recently was what EA Chief Studios Officer Laura Miele said during a VentureBeat interview where she said (via Sims Community), “The team is hard at work on the next generation of that experience.”

It is not strange for studios to work on future titles, even though they are still supporting a current or latest installment. Maxis is still obviously working on adding more content to “The Sims 4,” especially with the recent announcement of the latest Expansion Pack “Cottage Living.” It would not be strange if a smaller team is already working on “The Sims 5,” just as Miele suggested. But it also does not necessarily mean a future title is close to being launched.

As mentioned, EA just released the trailer for the “The Sims 4” Cottage Living Expansion Pack. More gameplay preview is slated to be revealed at EA Play Live on July 22, but the expansion itself is not due to arrive until Sept. 2. This seems like a hint that Maxis still has plenty of plans for the existing game. In that case, a “The Sims 5” release might not be in the works anytime soon.

Earlier this year, a 4Chan leak appeared in the wild claiming that the “The Sims 5” teaser trailer and developer interview are some of the presentations planned for EA Play Live. The same rumor said the game would be released in spring 2022 on PC. But several details from the said leak are now debunked, including the actual date of EA Play Live. While a small “The Sims 5” announcement next month is not entirely impossible, fans might be better off not expecting it too much to avoid major disappointment.

On the bright side, fans now certainly have new content to look forward to in the coming months. The “The Sims 4” Cottage Living Expansion Pack will let players build houses on vast farmland and grow chickens for eggs and cows that produce flavored milk. The expansion will also let players explore the forest where they can look for wild rabbits, foxes, and birds. And just like in real farm living, the expansion will allow players to grow their own produce, purchase from the local market, and forage for food supplies.