‘The Sims 4’ update: Community Stuff Pack gets its official name, icon after 6 months of polls 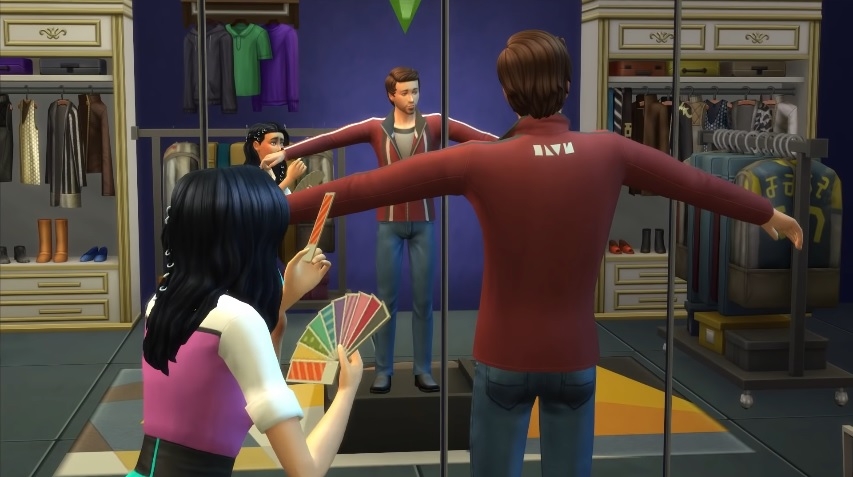 From the trailer of “The Sims 4 Get Famous: Celebrity Life” | Photo credit: EA via The Sims / YouTube screenshot

After half a year of asking for fans what they want from the next “The Sims 4” Stuff Pack, EA has finally named the next update for the life simulation game. The community-voted content has been announced along with its official name and icon.

Major aspects of the Stuff Pack were decided through online voting. It started from deciding what the theme is going to be, what art style it will feature, selecting from the Create-a-Sim assets that Maxis developers worked on, other in-game objects, and, finally, its name and icon.

The final round of voting for the next “The Sims 4” Stuff Pack took place in late April. Out of several options, most fans decided it should be named the “Nifty Knitting Stuff Pack.” It is symbolized by an icon containing two balls of yarn and a couple of needles placed in a knitting basket. “You turned out in record numbers to weigh in and help us create something super fun,” EA said in a blog post. “It really shows that we’re all in this basket of yarn together.”

This does not mean the Stuff Pack is already done, though. What’s merely complete at this point is finalizing the details on all assets that would be released with it. Fans will still have to wait about a couple more months to see the “Nifty Knitting Stuff Pack” arrive on “The Sims 4.” EA has yet to provide a specific release date, but the developers promise this update will be a “perfect late-summer treat.”

‘The Sims 4’: Next Stuff Pack to debut rocking chairs and ‘Plopsy’

The “Nifty Knitting Stuff Pack” will also bring a new “The Sims 4” item that will make the virtual knitting experience complete – rocking chairs. This furniture is not solely for knitting, though. Players can also initiate other activities while sitting in it, such as letting elder Sims reminisce.

Another major aspect of the “Nifty Knitting Stuff Pack” that has a wider effect on “The Sims 4” is the virtual e-commerce platform called Plopsy. It will serve as a venue for Sims to sell their arts & crafts projects and purchase those that were made by other players.