‘The Sims 5’ release date rumors: 2022 launch window is likely for next game, more ‘TS4’ content could be underway 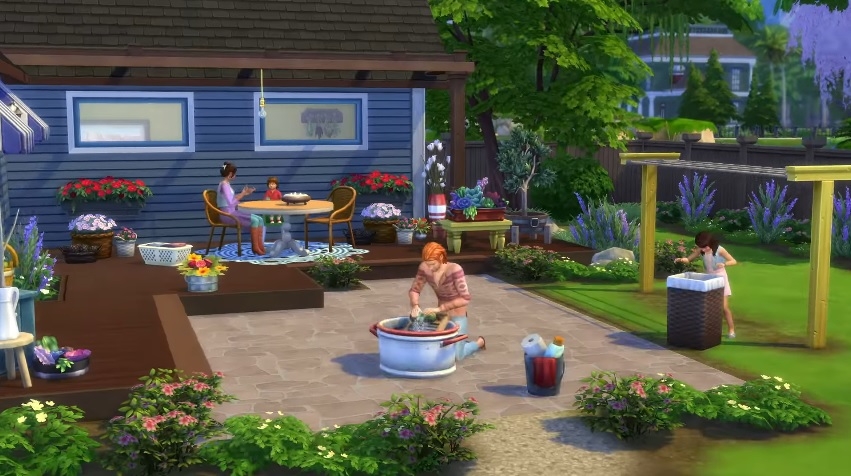 From the trailer of “The Sims 4: Laundry Day Stuff” | Photo credit: The Sims / YouTube screenshot

Many video game fans would spend the rest of 2020 hoping to hear good news about the “The Sims 5” release date. However, a previous statement from one of the developers may have already hinted at 2022 being the earliest possible launch window for the next game.

Fans have had several expectations about the “The Sims 5” launch. Many thought 2019 would bear good news since it marks the five-year cycle of “The Sims 4.” Historically, a new “The Sims” installment is released after four to five years since its predecessor’s launch. Other gamers speculate that the next game would be announced in 2020, considering the franchise celebrates its 20th anniversary this year.

The mentioned speculations are not entirely unfounded, but a quick look back to what has been said about TS4’s content roadmap would prove that “The Sims 5” is unlikely to be released in 2020 or even next year. If EA’s plans have not changed, the next game might not be announced or released until 2022.

Back in summer 2018, during the release of the “Seasons” expansion pack, there was an absurd rumor that it would be the last post-launch content for TS4. Senior producer Grant Rodiek told Variety that the TS4 team was having discussions at the time to push out content for the next three years.

I mean, just think of the stuff we haven't made that we know you want! https://t.co/h0WTdeibSf

Going by that, it would mean that expansion packs and other TS4 content would arrive through 2021. It is unlikely for “The Sims 5” to be released when EA still has content planned for the current game. Thus, the more plausible release date for the next game could be sometime in 2022.

Despite the lack of updates on “The Sims 5,” there have been some clues that EA has already started planning for the franchise’s future. In a financial briefing last year, EA CEO Andrew Wilson seemingly confirmed that bringing back some online features is being considered for the next game.

Wilson did not mention “The Sims 5” specifically. But the company exec said, “Maxis continues to think about The Sims for a new generation across platforms in a cloud-enabled world, you should imagine that … this notion social interaction and competition, like the kind of things that were actually present in … ‘The Sims Online’ many, many years ago, that they will start to become part of the ongoing ‘Sims’ experience in the years to come.”