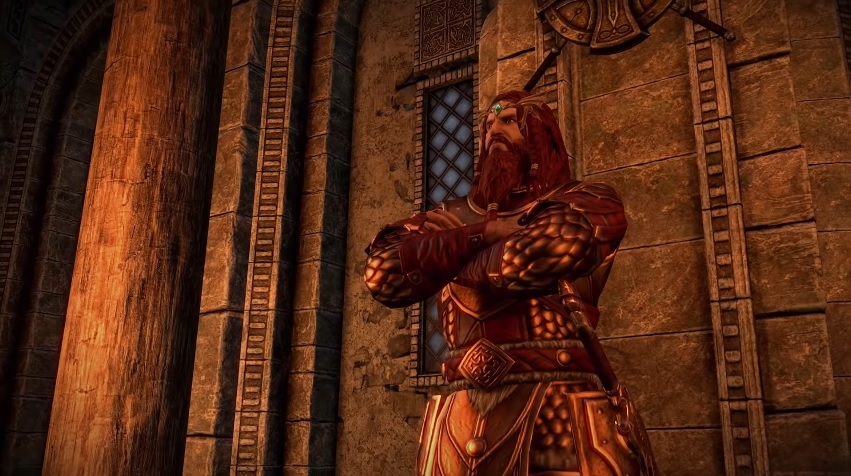 The lore of “The Elder Scrolls Online: Greymoor” continues this year with the release of the “Greymoor” chapter in the coming months. With that, new adventures and main characters await players as they explore new zones of Skyrim.

Developers have so far named two main characters that players will interact with once they start playing “The Elder Scrolls Online: Greymoor.” They will find the half-human, half-giant Lyris Titanborn return with a bigger role in the next chapter.

Those who have started their “The Elder Scrolls Online: Greymoor” journey by playing the free prologue of the next chapter have already met Lyris. To those who have yet to start, they can get the “Prologue Quest: The Coven Conspiracy” for free on the in-game Crown Store.

Depending on a player’s alliance, they will have to proceed to the Fighter’s Guild in Daggerfall, Davon’s Watch, or Vulkhel Guard, where they will find Lyris, who will then give players the first two quests in “Greymoor.” Unfortunately, the “The Elder Scrolls Online” free play promo has already expired, so only those who have purchased the base game can access the free prologue now.

A new character, with an apparent important role, will be introduced in “Greymoor” as well. He is High King Svargrim, who rules over the Western Skyrim, where most of the action for the next chapter will take place. When “Dark Heart of the Skyrim” was unveiled last January, “The Elder Scrolls Online,” loremaster Leamon Tuttle reportedly said Svargrim is more of an isolationist compared to High King Jorunn of the Eastern Skyrim.

With the combined locations of the snow-covered regions in Western Skyrim and Blackreach, “The Elder Scrolls Online: Greymoor” is promised to provide the largest playable area of all the chapters released for the MMORPG. Several playable holds in Western Skyrim, namely Haafingar, Hjaalmarch, and Karthald along with other locations such as Solitude, Dragon Bridge, and Morthal plus the underground Blackreach, will be opened for exploration.

The ongoing coronavirus pandemic has also affected the development of “The Elder Scrolls Online: Greymoor” after ZeniMax employees have to adjust to a work-from-home setup. The next chapter was slated to be released on May 18 on PC/Mac and on June 2 on consoles.

However, the launch of Update 26 that carries the “The Elder Scrolls Online: Greymoor” content has been delayed. “It looks like we’ll be able to ship Update 26 (with the Greymoor Chapter) about a week after we initially planned it,” ZeniMax Online Studio game director Matt Firor said.