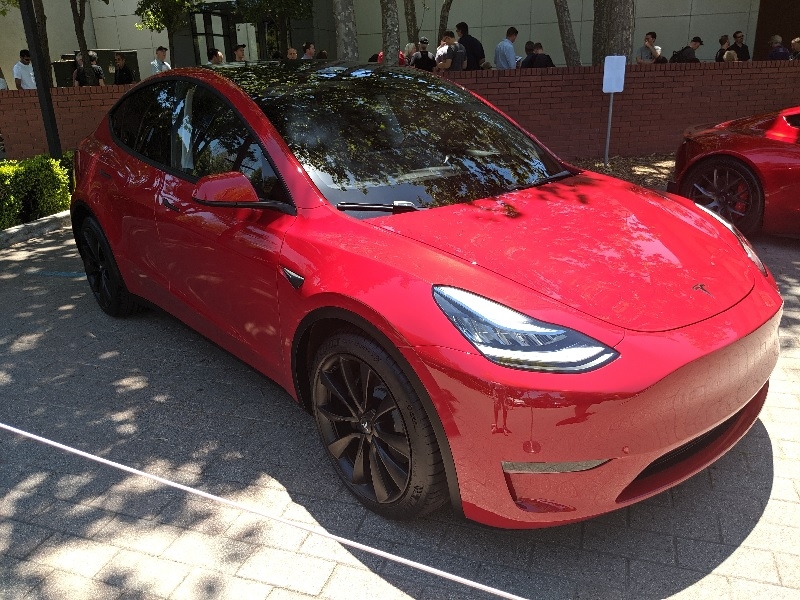 The Tesla Model Y is the next major launch expected from the electric carmaker. The compact crossover vehicle is expected to hit the road very soon, and customers who have ordered the car receives a piece of good news recently.

It can be recalled that the Tesla Model Y was initially promised to run 280 miles on a single charge. But that figure has since been changed and the vehicle’s total range has been upped to 315 miles, as seen on Tesla’s official website.

The change is now being reflected in the official page of the U.S. Environmental Protection Agency affirming that Tesla Model Y’s total range is, indeed, at 315 miles. It can be recalled that the new range was first announced during Tesla’s Q4 2019 earnings call.

“Due to continued engineering progress of the Model Y all-wheel drive (AWD), we have been able to increase its maximum EPA range to 315 miles, compared to our previous estimate of 280 miles,” a document from Tesla’s financial briefing reads.

The same document confirmed that the company is ahead of the original schedule and that the Tesla Model Y has entered production in January. Deliveries of the electric crossover are now slated “by the end of Q1 2020” or sometime in March.

Tesla Model Y’s top speed is set at 135mph and the vehicle can go from 0-60mph in under 5 seconds. The vehicle is currently available in Long Range and Performance variants with dual-motor all-wheel drive with price starting at $52,990. Meanwhile, Tesla’s website indicates that the vehicle’s Standard range model will not be in production until “early 2021.”

It can be recalled that Tesla got the approval last month from a local finance committee with jurisdiction on the location of the Gigafactory 4 situated in Germany’s Brandenburg state west of Berlin. But earlier this month, operations on the site of the factory was halted after environmental group Guene Liga Brandenburg challenged the operations for Giga Berlin in court.

A ruling for the said challenge has been released this week favoring Tesla. The court argues there were no regulations bypassed by the company and other agencies that previously gave the approval to clear down trees in the Giga Berlin site. The clearing operations are planned to be completed by mid-March and to be immediately followed by the construction of the factory.