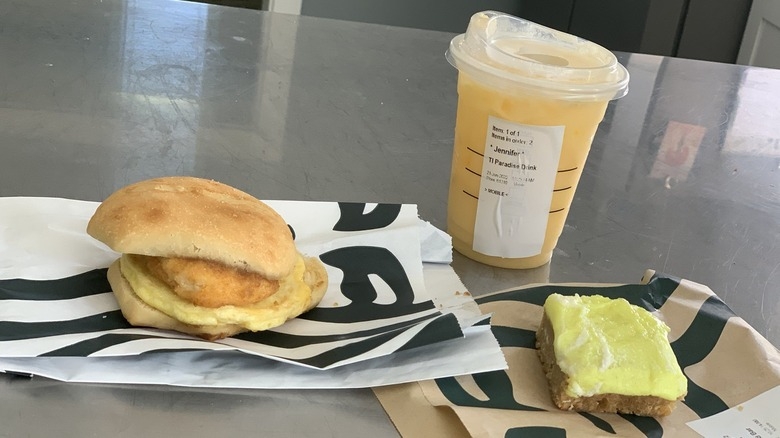 A Starbucks spokesperson said that the Chicken, Maple Butter, and Egg Sandwich was given a voluntary stop sell and discard order by the company because it didn't live up to the company's high standards for quality.

Starbucks denies that its decision to stop selling Chicken, Maple Butter, and Egg Sandwich on June 26, a mere five days after it had been announced as a new permanent menu item, was due to FDA recall or salmonella or listeria contamination.

A Starbucks spokesperson said that the Chicken, Maple Butter, and Egg Sandwich was given a voluntary stop sell and discard order by the company because it didn't live up to the company's high standards for quality.

The quality issue that was identified by Starbucks was simply about taste or based on another issue and would not lead to food-borne illness and any reports linking the stop sale to illness are inaccurate.

The spokesperson added that Starbucks is devoted to providing high-quality products, and anytime a concern about a product or its quality is expressed, we always proceed with extreme caution.