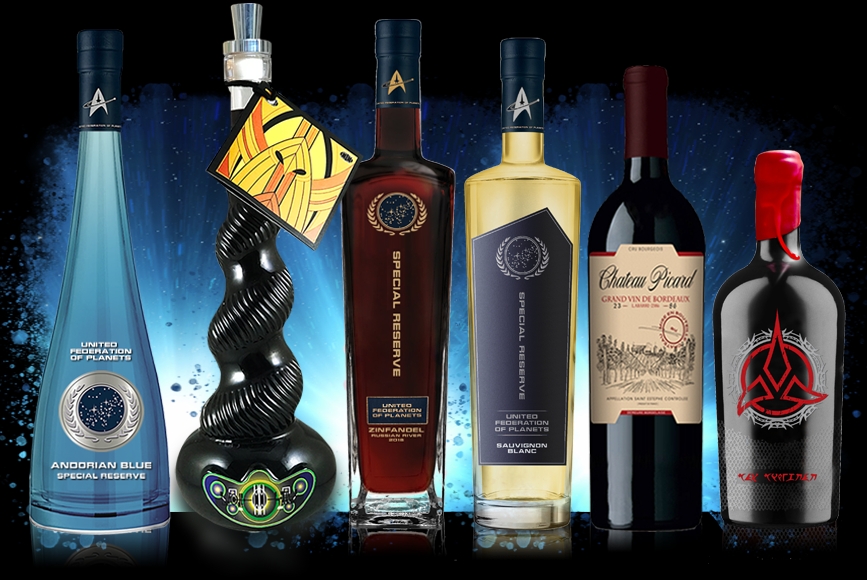 The entire six-bottle collection, dubbed The Full Armada, is available for $299.

Star Trek Wines added the Andorian and Cardassian varieties for $50 and $60 per bottle to grow its wine list to a six-bottle lineup.

This year's new offerings were the United Federation of Planets Special Reserve Andorian Blue Chardonnay, available at $50 per bottle, and Cardassian Kanar Red Wine Blend at $60 per bottle.

Both these products are visually striking and individually numbered to boost their collectability.

The Andorian Blue Chardonnay has a bottom-heavy clear bottle adorned with "a special United Federation of Planets metal medallion" containing a premium Chardonnay from Santa Lucia Highlands that's been aged 12 months. It has notes of citrus, peach, and apricots."

The Star Trek line of wines was launched in 2019, with the Chateau Picard Cru Bordeaux and United Federation of Planets Old Vine Zinfandel, produced with Wines That Rock.

The Klingon Bloodwine and United Federation of Planets Sauvignon Blanc were added the following year.

The new wines are available for presale at StarTrekWines.com.

The entire six-bottle collection, dubbed The Full Armada, is available for $299.